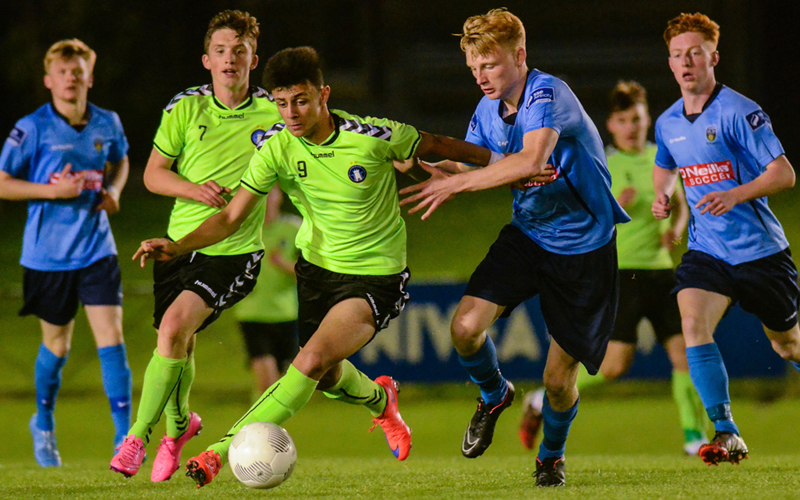 Limerick Under-19 manager Tommy Barrett says his team “don’t get too excited” whatever the result and he believes they will still be “there or thereabouts” in Section One of the National League. That is despite suffering three defeats in their opening six games, the latest coming at UCD on Tuesday night.

The young Shannonsiders made the trip to the Bowl aiming to close the gap at the top but they were dealt an early blow when centre-half Killian Brouder was forced off through injury inside eight minutes.

Limerick had their chances to score but they were made to rue those misses when UCD hit the front on 87 minutes through Josh Collins’ penalty, with Paudie O’Connor seeing red for the foul leading to that. Yoyo Mahdy could have equalised immediately, and the Students put it beyond doubt with Robert Manley scoring in injury-time.

The result leaves the Blues with an uphill task to reach the knockout stages, but only at the midway point of the short season, the boss is refusing to panic and felt it could have gone either way against UCD.

“If you look at the performance, I thought in the first 20 minutes we were very good,” Barrett said. “We played some very good football. It could have been a 4-3 or 4-4 game. There were a lot of chances. 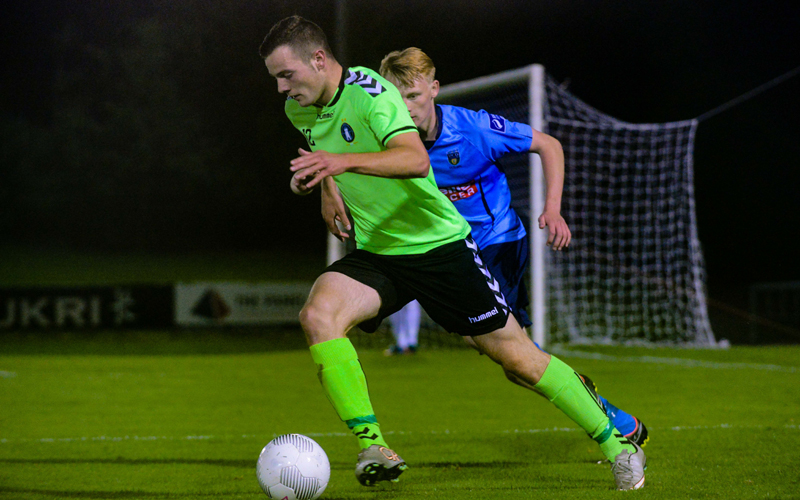 “We’re a good side. I personally think we’re one of the better footballing sides in this division. We have three losses already. We had only three in the whole of last year, so it’s a bit of a shock to the boys I think.

“We have lads there that play in the first team regularly. That’s what it’s all about. I know UCD have a lot of lads up in the first team at the moment. Martin encourages that and he wants lads coming through.

“Hopefully we can get a few more in the next couple of years. We always say it – it’s great to win and the lads are competitive. But we’re down our two centre-backs now for Sunday (v UCD, Hogan Park, 2pm); Paudie was sent-off and Killian went off injured, so we have a few lads to bring in there now.

Photos thanks to Tom Beary (OneShotBeary.com).