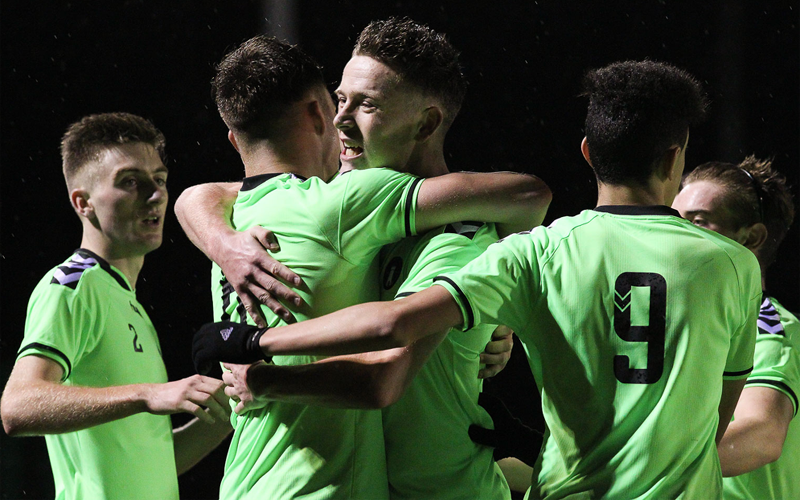 Clyde O’Connell’s cool penalty six minutes from time sent Limerick into the final of the Under-19 National League for the first time as they ended Champions Saint Patrick’s Athletic’s long unbeaten run with a 2-1 win at the University of Limerick on Saturday night.

While Limerick had the advantage of the wind in the first half, it was nine minutes after the break before they took the lead when Declan Cusack’s wicked set-piece delivery was headed in off the crossbar by Saints’ Steven Ball.

In difficult conditions, the Shannonsiders came under pressure from their opponents but it took a wind-assisted goal to bring the reigning Champions back on level terms when Darragh Markey’s effort from the left looped all the way in over Tommy Holland.

From there, it looked like St. Pat’s would go on to win the tie as they controlled possession, but they were hit on the counter when Ross Mann broke at pace and was fouled in the box by Paul Rooney. O’Connell stood up and coolly converted for the third time this season to fire Limerick into the decider.

For the game, manager Tommy Barrett had to contend without suspended duo, captain Paudie O’Connor and vice-captain Val Feeney, who were replaced by Evan O’Connor and Cusack.

And it was the latter who went closest to making a breakthrough in the opening period, on 12 minutes, when his powerful strike was pushed away by ‘keeper Lee Doyle who also denied top scorer Yoyo Mahdy on the follow-up before Mann was adjudged to be offside, as the visitors survived.

That was as close as Limerick went despite having the wind behind them in the first 45 minutes, but early in the second half they drew blood when Cusack’s free-kick delivery into the box was headed to the net by Ball. 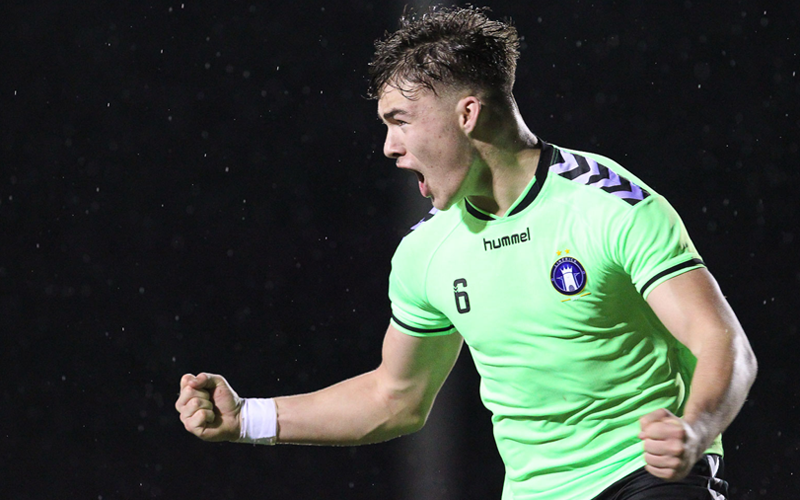 The Saints No10 almost atoned for that effort within 60 seconds of the restart as he got in behind but after firing the ball low under Holland, O’Connor was there to clear behind.

St. Pat’s – who soon introduced top marksman Jamie Aherne – took over in the conditions and enjoyed plenty of possession without seriously threatening the home goal.

Indeed, their equaliser came, on 71 minutes, from the left wing when the tricky Markey delivered what appeared to be a cross which went all the way in to the far top corner.

But Limerick restored their lead six minutes from time when Mann was upended by Rooney, and up stood O’Connell who – as he had twice already this season – converted from the spot for his fourth goal of the campaign.

St. Pat’s were presented with a golden opportunity to level for a second time shortly after when Rory Feely’s right-wing cross fell into the path of centre-half Rooney – the skipper thrown up front in a rescue mission – but with just Holland to beat he blazed wildly over from eight-yards.

And that proved to be their last chance as Limerick held firm to gain revenge for last season’s semi-final defeat by the Saints. Indeed, Barrett’s side could have added a third in injury-time but Mahdy’s strike was denied by Doyle.

Limerick must now wait to see who they face in the final, as the other last-four clash between Cork City and UCD was called off. The three remaining teams all came from Section One.