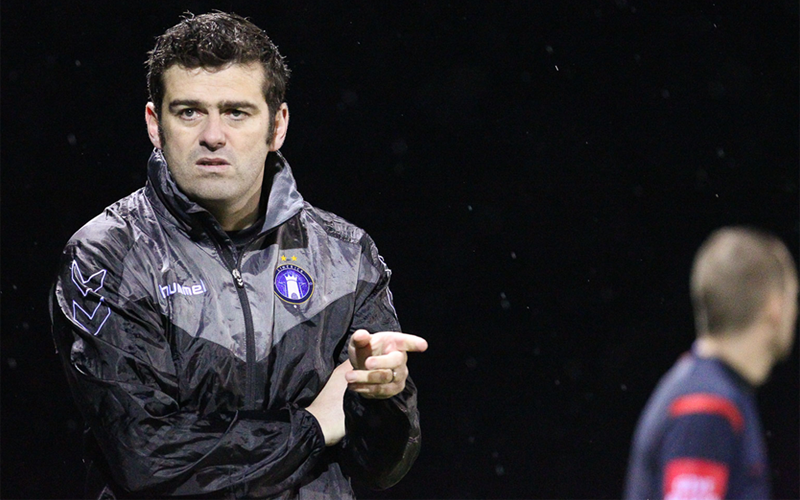 Tommy Barrett knows his players will “become better playing with the first team”, with Limerick’s Under-19 manager more than happy to sacrifice results if it means the continued progress and development of the club’s youngsters.

Barrett has lost the services of centre-half Paudie O’Connor this season, with the 18-year-old a standout performer starting every game as the Shannonsiders ride high at the top of the SSE Airtricity League First Division, 12 points clear.

The Under-19s will also be without goalkeeper Tommy Holland on Saturday as he will be in the first-team matchday squad for their FAI Cup tie with Bluebell United at the Markets Field (2pm), with Barrett’s side facing Wexford Youths in the Southern Elite Division at Ferrycarrig Park on the same day (3pm).

The young Blues are boosted by the inclusion of Seán McSweeney – who appeared for the senior team in their 3-0 league win over Athlone Town last week – for the trip to the South East.

But with first-team involvement and injuries depriving him of some regulars, Barrett has called up Under-17s, midfielder Jack Callaghan and forward Will Fitzgerald to his squad, while 16-year-old Carl Williams is set to start in goal.

“We have a few injuries and a couple of lads up with the first team so it will be an opportunity to have a look at some Under-17s maybe,” Tommy told LimerickFC.ie.

“It’s good for Carl to give him some experience. Tommy still has next year at Under-19s and Paudie is still eligible for us, which is easy for people to forget sometimes. 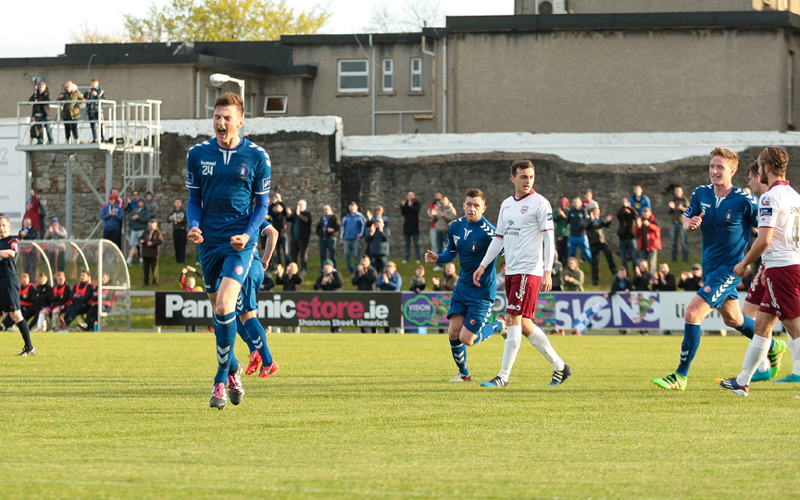 Paudie O’Connor, who will only turn 19 in July, has been a key performer in the first team’s title charge this season

“Wexford is always a difficult place to go; we’ll be looking to win. But as we always say, what’s more important is the amount of players that we have in around the first team.

“Martin was probably going to keep hold of Seán for the bench but he’ll more than likely get 90 minutes for us. Liam McCartan made an appearance this season, Ross Mann is there from last year’s squad, and Val Feeney is out on-loan at Athlone. That is the most important thing for us. I always say it – even when we got to the final last year.

“We’re delighted Paudie has gone up. We could have Paudie and say ‘great’, and we might have won more games than we have at this stage.

“But what’s the point? That’s not benefiting anyone. Paudie will become a better player playing with first-team players, the likes of Robbie Williams and Shaun Kelly either side of him, two experienced players. It also gives the younger players, like Jack Lynch and Barry Cotter, more game-time with us, which is good for them.

“A lot of our players are good enough, in my opinion, to play First Division in particular, and they probably will get game-time there. If not at Limerick then maybe at other clubs and then come back to us in the future when we’re in the Premier Division.

“It is hard for the lads to break in, particularly in positions where the first team is very strong. It probably takes them until they’re 20/21. Val is playing regularly up in Athlone now. We’ll probably have a few more like that in the future as well.”

In what has been a mixed season of results to date, Limerick were boosted by a 4-0 win over Cabinteely at home last weekend – the game played at Regional United’s ground – the goals coming from McSweeney (2), Keith Mawdsley and Yoyo Mahdy.

That kept the Shannonsiders in fourth approaching the halfway stage, which would be enough for qualification to the Knockout Stages, although there is a seven-point gap to third-placed UCD.

Wexford are eighth in the ten-team division, with one win from their eight outings, although they would close the gap on Limerick to just two points with victory on Saturday, in what could prove to be a competitive race for the final qualifying slot.