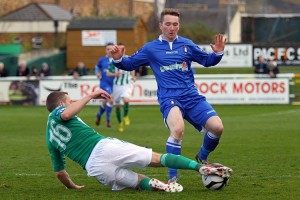 Five Superblues called up to Irish U18 Training camp

Senior Squad Member Val Feeney has been called up, alongside four of Limerick FC’s talented U19 squad to attend an National U18 training camp in Dublin over the coming weeks. The camp will be used as a basis to select an U18 squad to represent the Football Association of Ireland. The Irish U18’s will take part in two friendly matches at Ipswich Town FC from August 11-14 inclusive. The Five players who have impressed head coah Stephen O’Mahony are Val Feeney, Ronan Coughlan, Ross Mann, Michael Guerin and AJ O’Connor.

All at the club would like to congratulate the players and wish them luck for the training camp as well as passing on our congratulations to Declan Farmer and his backroom staff as they continue to produce players that are not only catching the eye of First Team Manager Stuart Taylor, but the eye of the Nation’s underage international managers.