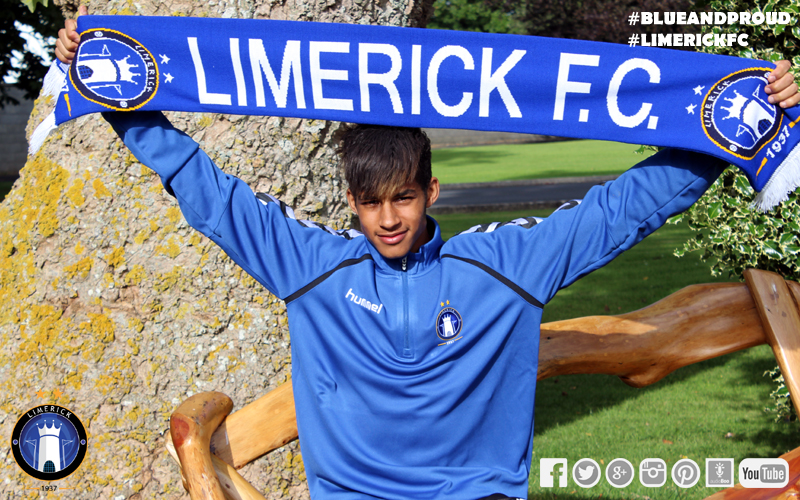 Limerick striker Barry Cotter knows he has been handed a “massive opportunity” in the Under-17 National League and he is hoping to impress in the remainder of the short season.

The former Avenue United and Ennis Town forward joined the young Shannonsiders for the inaugural campaign at this level, and he is grateful to manager Dave Dineen for selecting him.

Limerick secured their first point of the season at home to Cobh Ramblers on Sunday afternoon, having lost their opening two games. And Cotter, 16, hopes they can use the result – despite being disappointed having led 2-0 – as a springboard in the coming weeks.

“I’ve settled in well; I’m enjoying my time here,” Barry told LimerickFC.ie. “The boys are very welcoming and especially when you need some help you can always ask the manager.

“The games have gone alright. We could ask for a lot better but we’re hoping to pick it up and it will be picked up. It was a good performance by the boys on Sunday but just a disappointing finish.

“I was delighted to come into the club this season. I’m happy that Dave signed me and I’m just hoping for a brighter future. It’s a massive opportunity – I couldn’t ask for anymore at this time.

“Hopes for the season – I’m looking for a top-three finish, and on goals I’m looking to score at least one or two in each game for the rest of the season.”