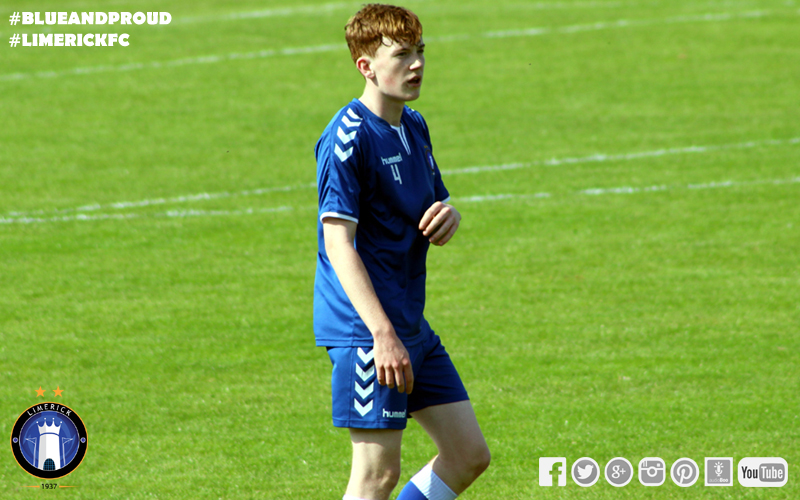 Jack Lynch’s 78th-minute penalty saw Limerick bounce back in perfect style as they defeated UCD 1-0 in the Under-17 National League at the AUL Complex on Sunday afternoon.

Limerick made a quick return to the capital after a heavy defeat by Cabinteely eight days earlier and they were eager to put matters right.

Dave Dineen’s side created chances early on and looked like they could take the lead. That breakthrough, though, did not come and with UCD threatening on the counterattack it was a cagey contest in the opening stages.

Limerick showed attacking fluidly down the wings, both Patrick McDonagh and Shane Fletcher providing good link-up play with Ger Barry, but the final ball into Dave Sweeney seemed to be just off. ‘Georgie’ almost scored when getting on the end of a cross from Seán Madigan only for his header to go over.

The first half ended scoreless and so began the second period with renewed energy. Sweeney had worked tirelessly all day giving the space to Barry to play in, and chances were beginning to fall Limerick’s way again.

Aaron Fitzgerald kept his recent good form going, putting in a superb display in the central midfield position, and the attacking threat from Limerick grew.

Barry Cotter and Brandon O’Halloran made their introductions for Sweeney and Fletcher, and soon afterwards Limerick hit the front when McDonagh cut inside and slipped in Madigan who was taken down in the box. Up stepped Lynch who placed the ball low to the left, sending the ‘keeper the opposite direction.