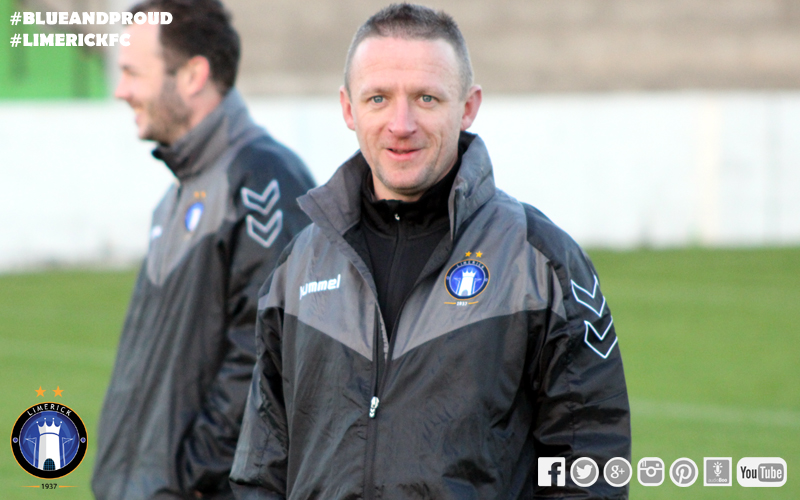 Limerick Under-17 manager Dave Dineen says he wants “brave players” in his team and that they “can’t be faulted in that respect”, after they recorded their first National League win at Wexford Youths on Sunday afternoon.

Two goals from Shane ‘Georgie’ Fletcher put the young Shannonsiders in the driving seat at the break, and Lee Wall and Barry Cotter netted in the second half as they ran out comfortable 4-2 winners at Ferrycarrig Park.

The result saw them build on their first point of the season at home to Cobh Ramblers last weekend, and the boss is delighted with the improvements that his side are gradually making as they moved up to fifth in Section One.

“It was a much more cohesive team performance,” Dineen told LimerickFC.ie. “We weathered some early pressure from a direct side who were clearly familiar with how we wish to play the game.

“Our reaction to their high press was very pleasing, with the players for the first time taking responsibility for game-management.

“In terms of their development it is promising to see individual players recognising the need for variety in our attacking play.

“Defensively we are getting better, but there is still much to do. Clean-sheets as well as wins can breed confidence and to concede 12 in four games is disappointing and points to areas where individually and collectively we can do better.

“Clearly, there are improvements; we were more clinical in front of goal but, saying that, had we taken even half of the full chances we created we would have been out of sight far earlier.

“The players are now beginning to recognise that chance creation is far more difficult at this level, and chances when they come along must be cherished.

“The difference between being fifth and higher up the table lies in part in this area, and players, when in front of goal must realise they must take care, take less touches and hit the target more often.

“The lads deserved that win. I want brave football players in my team, and they can’t be faulted in that respect.

“We have played well at different teams this season, created lots of chances and encouraged everyone, regardless of position, to play. With that said, I think a win is a worthy reward for our efforts in that area.”