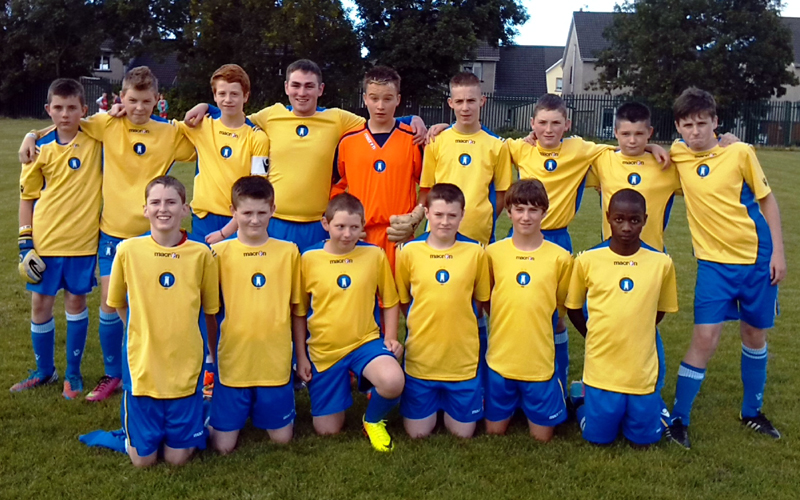 U15 Division Two: Limerick B 8-0 Corbally United B

Limerick kept the pressure on leaders Caherdavin Celtic in the Under-15 Division Two with an 8-0 win over Corbally United at Hogan Park on Saturday afternoon.

Having lost their opening game to the early pacesetters, the young Superblues had responded in good fashion and had racked up six points before the weekend’s visit of Corbally.

Limerick started brightly and had the lead inside three minutes with a well-taken goal by Munene.

That advantage was doubled on ten minutes when some nice football from left-back Clancy saw him feed winger Greaney who found the net with a well-struck shot.

Corbally kept their heads up, however, and repelled Limerick’s attacks for the remainder of the half.

The second period started much like the first, with Limerick coming out of the blocks quickly with play and passion that has been instilled in the team.

Clancy was again the provider for the third goal and once more Greaney found the net.

Limerick started to take total control with some very nice football and they scored four goals in quick succession. Griffin got two of those, with O’Brien and Casey also on the mark before Greaney wrapped up his hat-trick by rounding off the scoring with three minutes left.

Afterwards, manager Paddy Hartnett said: “Overall, I was happy with the display today but I was more impressed with the second-half performance than the first.

“This team is now becoming a unit and are starting to gel a lot better. We now have a week off so it will give us plenty of time to get ready for next Friday’s game and also for the training camp in LIT on Saturday.”