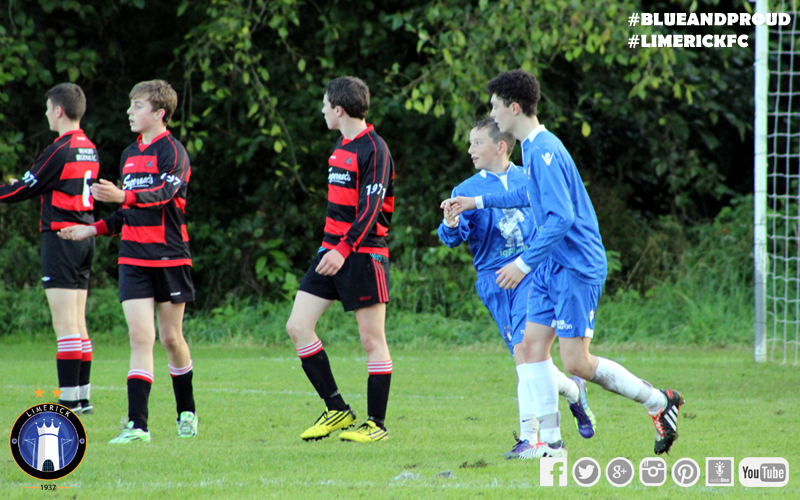 Debutant Danny O’Leary struck from range twice to add to Ben O’Shaughnessy-Tobin’s breakthrough as Limerick defeated Mungret Regional 3-1 in their Under-15 Premier Division opener at Castlemungret on Monday evening.

And Ger Costelloe’s side were the first to threaten, inside three minutes, when Filip Mostowy broke into the box but his shot was saved and Mungret cleared the danger.

Before the quarter-hour, O’Leary sent a warning shot just over, before the home side went close when they fired narrowly wide from outside the box.

The young Superblues broke the deadlock on 17 minutes when Chris Jastrzebski’s free-kick from the left fell to O’Shaughnessy-Tobin at the back post and he finished coolly past the ‘keeper. 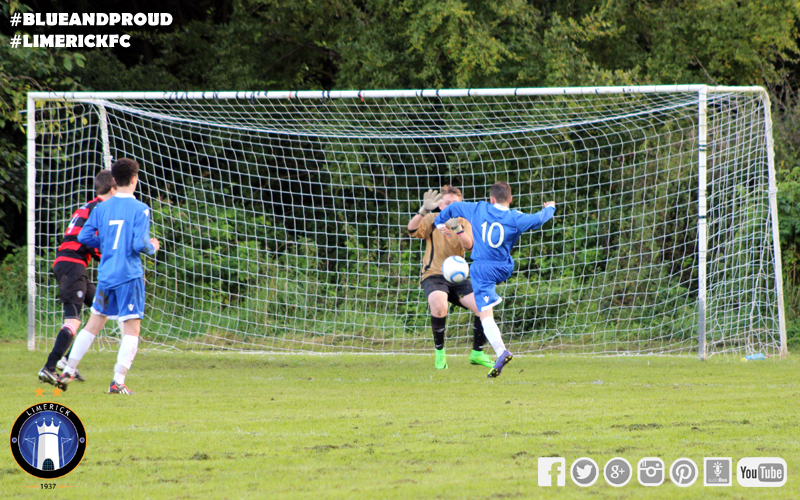 And – after Mostowy had a loud penalty appeal turned down – Limerick doubled their lead past the half-hour when O’Leary’s 25-yard free-kick found the top corner.

But Mungret were quickly back in it when a set-piece from just outside the area was blocked and the follow-up took a deflection off a Limerick player, with Riordan unable to recover as the ball nestled in the bottom corner.

There was little of note in the second half, but on 50 minutes Limerick had Riordan to thank for keeping them in front. A corner was cleared out to the 18-yard line to a Mungret player and his strike was destined for the net but Riordan produced a smart save as he got down to push it away.

And, soon, the game was put beyond doubt when O’Leary won possession and the former Holycross youngster unleashed an unstoppable shot from distance over the home No1, as Costelloe’s new-look team put three points on the board on opening day.