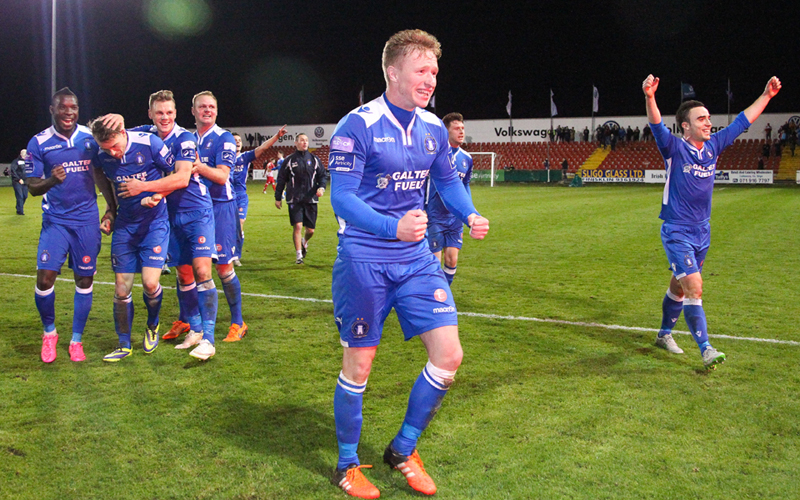 Limerick midfielder Paul O’Conor says “the team wants to bounce back together”, after he became the latest player to commit his future to the club on Tuesday afternoon for the 2016 promotion push, having turned down Premier Division offers.

The 28-year-old was a key figure in the Shannonsiders’ late surge last season, and chipped in with a number of important goals throughout the campaign including on the final day of the league in Sligo which lifted Limerick off the bottom after 203 days.

O’Conor and his teammates then suffered the “devastation” of relegation following a playoff defeat by Finn Harps over two legs. But having gone through it all together, the squad look set to stick with each other in a bid to bring the Superblues straight back to the top flight.

With Shaun Kelly already signed for next season, he has been joined by Freddy Hall, Shane Tracy, Robbie Williams and now O’Conor, who rejected advances from Premier Division clubs, with “only one aim” for everybody in 2016.

“The way the last couple of months of the season went, between players, fans and the club, the whole community came together,” O’Conor told LimerickFC.ie.

“Obviously, for it to finish on such an extreme low it was tough, but the team wants to bounce back together. It’s a great dressing-room. It’s a dressing-room that looks like it’s going to come back together to try to get the club back to the Premier Division.

“It’s the character that we have in the dressing-room. We’ve got great characters. Hopefully, we’ll sign the majority of the team back and we’ll get through it together.

“There can only be one aim now that we’re in the First Division and that’s to go straight back up. We’ll give it everything to make sure that we do that. 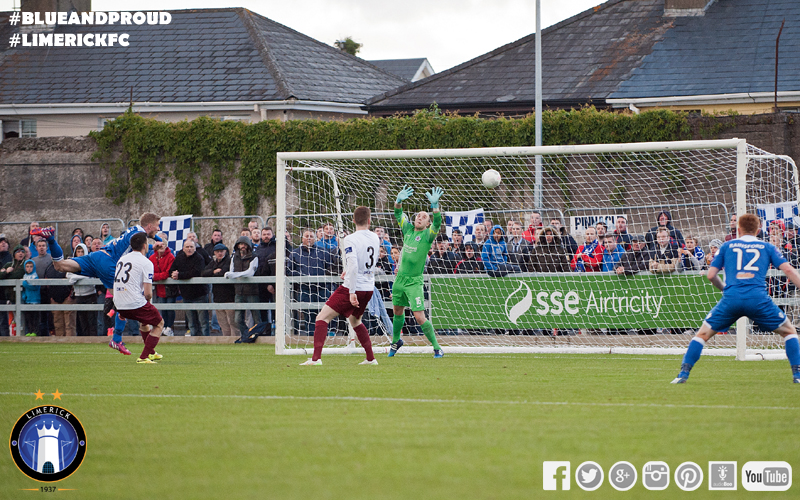 O’Conor was the first Limerick player to score at the new-look Markets Field, against his old club Drogheda United in June

“The expectation will be different this year because everybody will be expecting Limerick to go straight back up so that will be something different to deal with, but it’s something that we’re going to have to relish and enjoy. We’re going to need and want that expectation to make sure that we get out of the league.

“There is massive potential here. You have to look at it long-term. That’s why players are signing back – it’s a club with huge potential. If we can get the results right on the pitch over next couple of years it can really go far.

“It’s a case of being patient and hopefully we can get out of the First Division in the first year and go from there. Everybody saw the potential in the playoff with the crowd we got in the Markets Field and the amount of fans we were getting at our games, home and away.”

O’Conor – who previously played with UCD, Drogheda United and Sligo Rovers – added that he has been “very happy” playing on Shannonside and that there was only one way of getting over the heartbreak of the past season.

“I’m happy to get my future sorted,” Paul said. “I’m very much looking forward to coming back to Limerick and getting us back into the Premier Division, obviously after the devastation that we went through at the end of last season.

“I was really keen to come back to Limerick. I haven’t played in the First Division before but I know it’s not an easy league to get out of.

“I found myself very happy playing at Limerick and I wanted to be a part of the team that tries to bring them back to the Premier Division.

“After the devastation of the last day of the season, getting the club back up is probably the only way of getting over it. It’s going to be a tough year but hopefully one we’ll have success at the end of.”