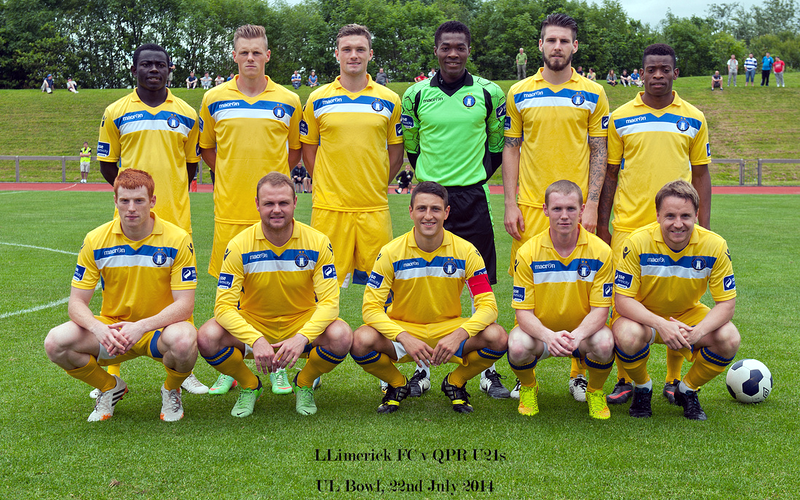 Limerick FC have completed the signings of former Ipswich Town pair Jack Doherty and Shane O’Connor, as the Superblues continued to bolster their squad ahead of the close of the July transfer window.

Left-winger Doherty, who turns 20 on Sunday, had been most recently on-loan at First Division side Waterford United, where he contributed two goals in 16 league appearances this term.

Fellow left-sided player O’Connor, 24, joins having most recently played with Irish League club Portadown, with the Cork native having impressed sufficiently in a recent trial.

On the triple signing, including that of Lee-J Lynch, manager Martin Russell told LimerickFC.ie: “Once again, I’m delighted all three lads are on board.

“They fit the profile of being talented young players who are eager to do well. They should prove to be very worthwhile additions to our group.”

Clonmel-born Doherty had previously been with Waterford before moving to Ipswich on a two-year deal in July 2013 after impressing in a trial, then returning to the Blues last February ahead of the current campaign.

The former Villa FC youngster – who was capped by the Irish Schools Under-18s in the 2013 Centenary Shield – was promoted from the Waterford Under-19s to the first-team squad by Paul O’Brien in August 2011.

The Carrick-on-Suir native, a skilful winger, made his debut away to Limerick on the final day of that season and stepped up further to eventually earn his move to Portman Road last year.

Cork-born O’Connor, a former Wilton United and Rockmount youngster, was at the Liverpool Academy as a 16-year-old and was a regular in their Under-18 side, before moving to then Roy Keane’s Ipswich in July 2009.

The versatile left-sided player made a number of first-team appearances there before switching to Port Vale on-loan in November 2011. The following February, the former Republic of Ireland Under-21 International returned home to join Cork City and then Shamrock Rovers in July, and was most recently on the books of Portadown.

Both players have joined Limerick on permanent deals until the end of the 2014 season.

While Doherty, O’Connor, Lynch, Kieran Djilali and Joseph Ndo have joined over the past day, Limerick FC can also confirm the departure of 20-year-old striker Barry Sheedy. The club thanks Barry for his hard work and commitment during his time here and wish him all the very best in the future.

In the above photo, Shane is pictured in the front row, second from the right, in the team that lined out for the friendly against QPR Under-21s last week.