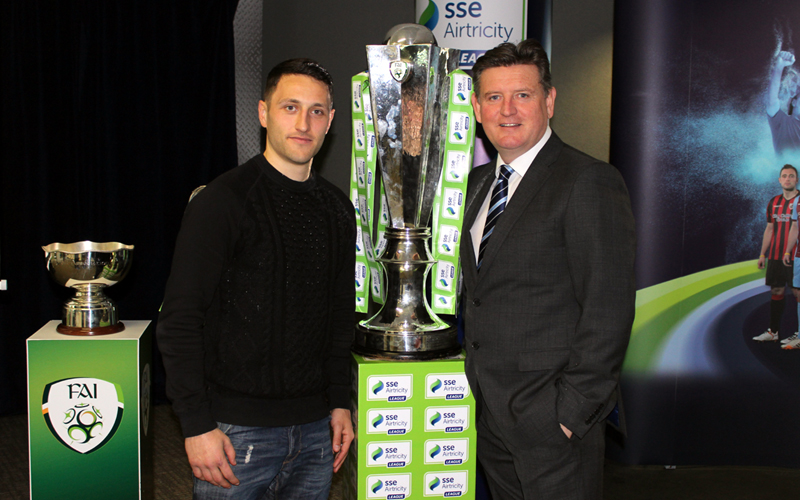 Limerick FC manager Martin Russell and captain Shane Duggan were among the players, managers and officials from all 20 teams that were at the Aviva Stadium on Friday for the launch of the 2015 SSE Airtricity League season.

The SSE Airtricity League Premier and First Divisions will commence on Friday 6 March, and a total of 330 league and play-off games will be played in addition to matches in the Irish Daily Mail FAI Cup, EA SPORTS Cup, President’s Cup, UEFA Champions League and UEFA Europa League.

Among the highlights of the new season will be the return to the Premier Division of Longford Town and Galway United and the arrival of a new club, Cabinteely, who will compete in the First Division.

Launching the 2015 season, the FAI’S Director of Competitions, Fran Gavin said: “There has been a huge amount of energy and passion going into pre-season preparations all over the country and I want to compliment the clubs for the hard work being done.

“Clubs are nothing without their communities, and the energy to really engage the local community is vital all year round from each of our clubs if we are to continue to advance as a League.” 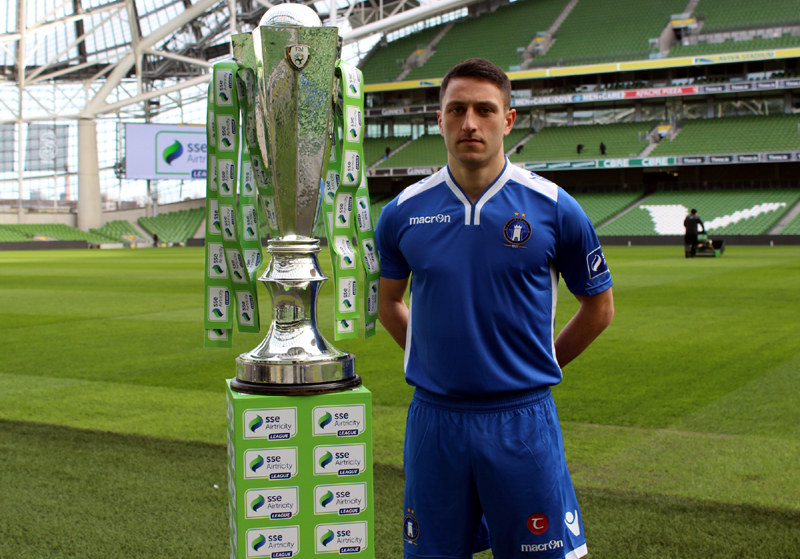 Stephen Wheeler, Managing Director SSE Airtricity, said: “For the 2015 season we want to focus in on the fans of the league, and use them as the driving force for our new creative #FanPoweredFootball.

“For us, it is the dedication of the fans, the players and all the clubs, which make the SSE Airtricity League what it is. Each season is filled with excitement and dramatic endings and I am sure this year will be no different.”

Fran Gavin also announced that the FAI is to undertake a consultation process for the SSE Airtricity League which will involve all stakeholders in the domestic game, the clubs, the media, the supporters, the general public and many other groups.

The process will be headed by Declan Conroy who led the successful Europa League and Euro 2020 bids. It will start next week and, as part of the process, every club will be met individually and the public will also be invited to express their views. The process will take a couple of months to complete and the details will be communicated to clubs on Monday. The pubic consultation will start from Tuesday 3 March.

“There are two objectives: to get views on how the clubs and the league currently operates and also to get opinions on how the clubs and the league can move forward. I am sure there will be lots of different opinions but we want to hear them. This League has a big heritage and we need to work hard and work together if we are to make it strong for the future,” said Mr Gavin.

SSE Airtricity are set to roll out a national advertising campaign which focuses on the availability of live football in Ireland using the slogan ‘Fan Powered Football’ and will use the hashtag #FanPoweredFootball on their social media platforms when referencing the league. A special promotional video was shown for the first time at today’s launch and can be viewed below.

RTÉ and Setanta Sports will also continue their live coverage of matches during the season and RTÉ has also committed to covering the SSE Airtricity League each week during the season through their popular football programme Soccer Republic which will commence on Monday 9 March, at 11:05pm on RTÉ2.

The EA SPORTS Cup will begin on March 9.