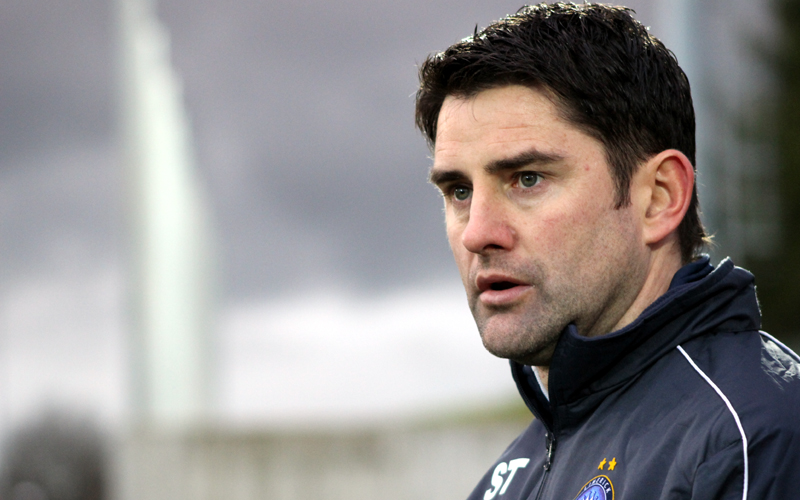 PREVIEW: “WE NEED TO KEEP THE BALL ROLLING” – TAYLOR

The Superblues go into the game on the back of last weekend’s first league win of the season – at the six attempt – against Bohemians at Dalymount Park, which was sealed by Rory Gaffney’s early second-half strike.

They had gathered three points in their first five outings, with their two defeats coming by one-goal margins, including one by current league leaders Dundalk.

Last Friday’s victory was one that Taylor felt “had been coming”, and he has called on his players to build on that as they welcome an Athlone team who have lost their first seven league games despite scoring in six of them.

On top of that, Limerick are unbeaten against Athlone in 17 league games going back to 2008 while they are looking to make it 13 straight wins against the Midlanders.

But speaking to LimerickFC.ie, the boss – whose side have the second-best defensive record in the top flight – insisted: “We need to do our jobs and be as professional as we were last week. We are absolutely desperate to get three points and Athlone will be no different.

“They’ll always be that way under Mick Cooke. They’ll be well organised, dogged and hard working. They won’t make it easy for anybody.

“The longer it goes on without a win, they’re going to work harder and there’s going to be some point where they’re going to get their first victory. We just need to make sure it’s not Friday night, be positive and build on last week.

“I watched Athlone against Bohs last week. They’ve got a goal in them – there’s no doubt about that. We must make sure that we’re switched on and solid defensively. But at the same time that we’re open enough that we’re attacking and causing them problems.

“Again, it’s about what we do. We’re at home and we all want to get that home win. Hopefully, we get a few more supporters through the gate.

“The boys have been bursting at the seams in training this week. They’re desperate to go and put a show on and get the three points, whether it’s at home or away. But it does give them more of an edge and more of a cause to fight when we’re at home.

“To be fair to the players, they feel in the couple of home games that we’ve had that they’ve let the supporters down because we’ve not got the three points.

“But we have had injuries and we have had a few illnesses. I don’t want to go over that again. We’re almost out of that now and we nearly have everybody back.

“Everything is going well at the club right now and everything is positive. We just need to keep the ball rolling and keep the momentum going and get the three points on Friday night.”

Reflecting on last Friday’s win over Bohs, Stuart added: “I was really happy. I think it had been coming, when you look back on the UCD game and the chances we created and the percentage of play that we had. We were unlucky with the goal that was ruled offside, which was wrong.

“But we moved on from it and the players showed a great mental strength to go out and continue on from that performance and bring it into the Bohs game.

“They had to work harder against Bohs. I said that to them before the game and all credit to them – they went out and got a fantastic result. I think defensively we’re looking solid this season. We’ve had huge improvements from last season on that side of things and I think the back five have been great.”

Limerick followed that result up by sealing a place in the Munster Senior Cup final on Sunday thanks to a come-from-behind 3-2 win over Rockmount at Turner’s Cross. Only two of the 14 players involved in the game were over the age of 21, including Michael Leahy who made his club debut after returning from injury.

“I was disappointed with the first half and the players knew that at half-time,” Taylor said. “They showed a good response and they reacted in the right manner by going out in the second half and dominating the game. It was a good weekend overall but we need to continue that.”

Team News: Winger Danny Galbraith (hamstring) is “not too far away”, with the Scot showing well in his rehabilitation programme. Centre-half Michael Leahy is back in contention following his injury.

Recent Meetings: In four meetings during the 2012 First Division season, Limerick enjoyed a 100 percent record against Athlone, winning three of the games on a 1-0 scoreline and the other one 2-1.

The last of those encounters came in September 2012 at Jackman Park where Seán Brosnan popped up with a later winner as the Superblues put one hand on the title.

Referee for the game is Anthony Buttimer, his assistants are Ralph Pieper and Dermot Broughton, and the fourth official is Patrick Gleeson.