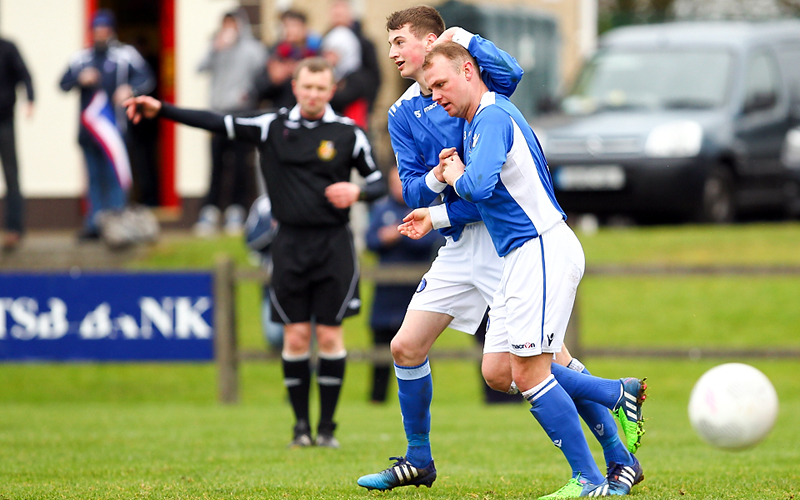 Conor O’Donnell’s magnificent double save from a 120th-minute penalty kept Limerick alive and they went on to beat Cork City 8-7 in a shootout to qualify for the Munster Senior Cup final, after a thrilling 3-3 draw in Askeaton on Saturday afternoon.

Cork had broken the deadlock inside four minutes when Mark O’Sullivan finished to the net from a corner. But Limerick were level midway through the half as Dean Clarke tapped in after Darragh Rainsford’s superb control had created the opening.

Paudie O’Conor saw his header cleared off the line before half-time, but eight minutes after the interval there was no stopping a stunning strike from former Celtic and Manchester United midfielder Liam Miller.

Limerick responded once more, this time through defender Robbie Williams who headed in Ian Turner’s corner before the hour.

Clarke was denied a winner in injury-time and again moments into extra-time, but Martin Russell’s side then took the lead as captain Shane Duggan’s shot took a deflection on its way to the net.

Substitute Karl Sheppard brought Cork level with eight minutes remaining and, after Seán Harding was dismissed, the visitors had a chance to win it at the death. However, Billy Dennehy’s penalty was beaten away by O’Donnell who got back up to deny Sheppard on the follow-up.

The crowd in attendance – estimated at 250 – were treated by to an exhibition of penalty taking, until the 16th attempt as centre-back Darren Dennehy struck the crossbar, to confirm Limerick’s place in the decider.

In testing conditions, Limerick had the first effort on goal inside two minutes when Turner found Clarke in the box but his snap-shot went wide. Cork took the lead seconds later when Billy Dennehy’s corner was headed to the net by O’Sullivan.

The Shannonsiders, though, recovered well from that and were only threatened by the visitors from corners in the opening half. On the quarter-hour, Rainsford drifted across outside the box, setting himself for a low strike which was held by Mark McNulty.

Rainsford’s next contribution was a much more meaningful one as he magnificently controlled a ball over the top, taking the outrushing McNulty out of the game, and his lob from the right was heading for the net but Clarke made sure by tapping in.

Limerick went close to another three minutes later when Duggan’s corner was attacked by Rainsford and it took a deflection into the side-netting. 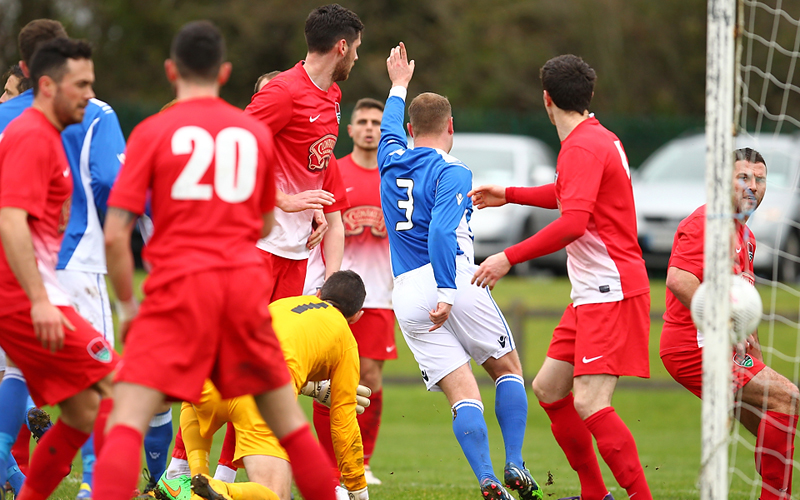 At the other end, O’Sullivan broke through and was set to face O’Donnell but Seán Harding recovered brilliantly to get across and block his effort behind, the ball rebounding off the striker and going out for a goal-kick.

On 37 minutes, Limerick threatened again when Duggan’s corner to the back post was met by a powerful header from 17-year-old centre-half O’Connor but Cork cleared off the line. Then O’Sullivan headed over Healy’s free-kick as the sides went in level at the break.

The Leesiders restored their advantage eight minutes into the second half when Miller unleashed a stunning 25-yard strike to the corner of the net, giving O’Donnell no chance.

But Limerick replied quickly, levelling the tie up at 2-2 on 57 minutes. Turner delivered a perfect corner onto the head of Williams who powered home from eight-yards.

On 71 minutes, another fine Turner corner caused difficulty for the defence, with the ball coming back out to the former Cork man who teed up Paul O’Conor but his drive was blocked by his own man Clarke.

On 83 minutes, Healy’s corner was met by O’Sullivan who flashed a header wide. Then in injury-time, Limerick had a chance to win it on the break but McNulty denied Clarke and then Duggan’s corner was headed off target by Williams.

Extra-time kicked off and, soon, a good flowing move involving substitute Seán McSweeney and Rainsford ended with Clarke going through but McNulty pushed the ball away.

From the resulting corner, Limerick were in front for the first time when the ball sat up nicely for Duggan inside the box and his strike took a deflection on its way past the ‘keeper.

Clarke then went close to making it 4-2 but the ball flashed wide. On 112 minutes, Cork made it 3-3 when Sheppard tapped in at the back post after a dangerous free-kick. Within seconds, Harding was sent-off for a second bookable offence.

There was further drama in the last minute of extra-time as O’Donnell was adjudged to have taken down O’Sullivan. Up stood Billy Dennehy but the Donegal native saved, the rebound falling to Sheppard who appeared to have another easy finish but the ‘keeper somehow got back up to stop it and Limerick cleared behind.

That was the final act as the tie entered a penalty shootout. After 15 perfect penalties – Limerick’s eight coming from Turner, O’Conor, Clarke, Rainsford, Williams, McSweeney, Colm Murphy and O’Connor – Darren Dennehy fired his off the crossbar to send the Superblues through 8-7.

Limerick face the winners of Cobh Ramblers and Avondale United in the final, which they have qualified for a second year running as the club chase a 13th success in the competition.

PHOTOS THANKS TO CONOR WYSE.