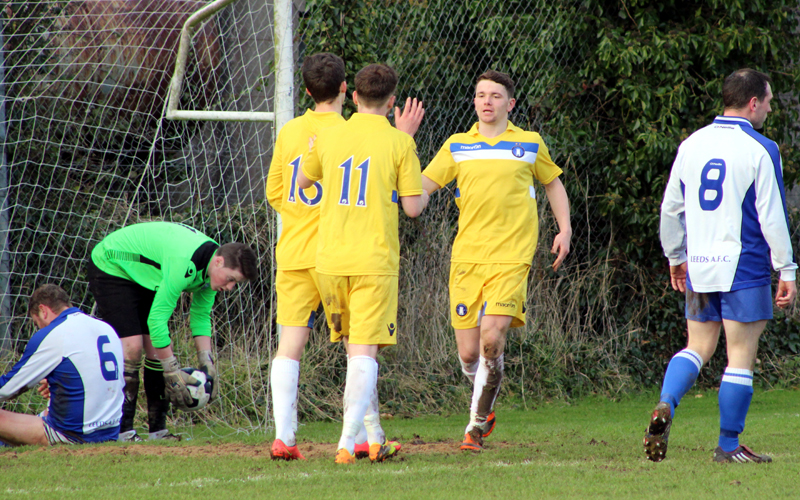 Dean Clarke netted a brace while Seán Russell also scored on his debut as Limerick advanced to the semi-finals of the Munster Senior Cup after a 3-1 win over Leeds at Kilmallock United’s ground on Saturday afternoon.

Limerick, just two weeks into pre-season, could have fallen behind in the early stages but Jonathan Creamer headed wide with the goal at his mercy.

The home side soon took control but it took a stunning strike from Clarke to break the deadlock on 27 minutes, the former UCD man unleashing an unstoppable 25-yard shot to the top corner.

Clarke then skimmed the top of the crossbar before Robbie Williams was denied by a fine save from Steven Hickey who got down well to turn a low effort around the post.

Leeds, against the run of play, were level two minutes before the break when Limerick conceded possession in midfield and a low cross was finished off with ease by Creamer.

Limerick, though, continued to dominate and they should have been in front from Turner and then Clarke. Eventually, they did regain their advantage with a quarter-of-an-hour remaining when Seán McSweeney, who entered from the bench for his competitive debut, assisted Clarke for his second.

And the scoring was completed on 78 minutes when Russell also marked his debut with a goal, a low strike from outside the box finding the net to confirm their place in the final four.

For the game, manager Martin Russell handed debuts to Clarke, Russell, Conor O’Donnell and Paul O’Conor, while Under-19 Paudie O’Connor was included at the heart of the defence.

But it was the Munster Senior League Division One side that should have taken the lead inside two minutes when a cross from the right was onto the head of Creamer but with just the ‘keeper to beat he headed wide.

At the other end, Darragh Rainsford met a corner and headed goalwards but after a scramble in the six-yard box including Clarke, the referee eventually whistled for a free-out.

On eight minutes, Russell broke forward from midfield and was well supported by Clarke but the final pass was just too heavy for his former UCD teammate as the visitors survived. Then captain Shane Duggan fired over from distance.

On 19 minutes, a fine Russell delivery to the back post was attacked by O’Connor who took a heavy knock from the ‘keeper but the 17-year-old was soon back on his feet. Then Russell saw a low shot gathered after a short corner routine with Turner. 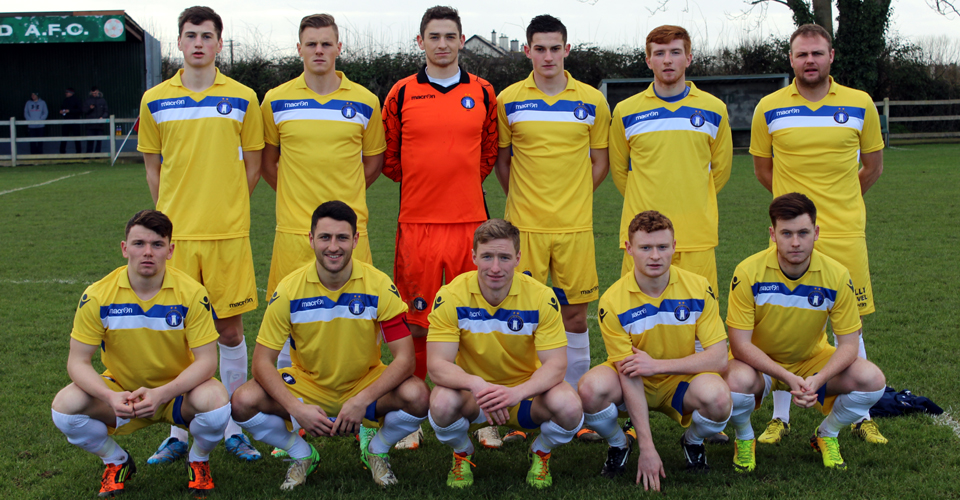 But there was no stopping Limerick’s next effort, on 27 minutes. Clarke picked up possession outside the box and sent a stunning shot to the top corner, which left Hickey with no chance.

Seconds later, Clarke nearly doubled his tally as a cross from the right almost looped into the net, instead skimming the crossbar and flying away to safety. In the next attack, Hickey got down smartly to push a Williams pile-driver around the post.

Forcing a number of corners, Limerick were well in control and looked likely to extend their lead, with O’Conor going close with a header that flashed wide.

However, the Superblues – playing in their yellow strip – were caught with a sucker-punch before the break as they lost possession in midfield and a cross was finished off by Creamer who this time made no mistake at the back post.

Shortly after the break, Leeds’ Kenny O’Leary tested O’Donnell who held well, but that was to be a rare attack for the Cork side in the second half as Limerick went on to dominate.

Before the hour-mark, O’Conor fired over from the edge of the box before Turner should have scored but he blasted over when well placed after being set up by Duggan’s delivery.

On 65 minutes, Clarke should have given Limerick the lead after he was picked out by Turner but the young forward got it all wrong as Leeds were again let off the hook.

Then Turner saw a shot blocked in the box, before Leeds showed they still had a threat as Mark Murphy’s effort from distance went narrowly off target.

Colm Murphy then fired over for Limerick, who eventually took the lead on 75 minutes. Sub McSweeney – making his competitive club debut – raced onto a ball in behind and supplied a perfect low cross for Clarke to tap in at the back post.

Soon, it was game over as Russell drove a shot to the bottom corner three minutes later. The boss introduced Val Feeney immediately and then young centre-half Conor Maguire was handed a club debut.

McSweeney could have added a late fourth but he was blocked in the box, as Limerick held out comfortably to qualify for the last four where they will host the winners of Cobh Wanderers and Cork City who meet on Saint Valentine’s Day.