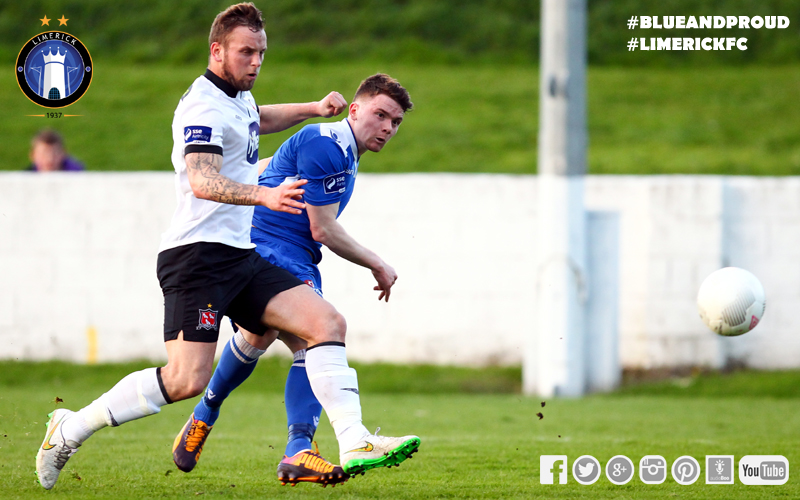 Enda Curran scored in each half but Galway United still needed Gary Shanahan’s late strike as they moved clear of Limerick in the SSE Airtricity League Premier Division with a 3-2 win at Eamonn Deacy Park on Friday night.

Limerick were on the back foot early on and were lucky to survive an early scare from Jake Keegan and then Conor O’Donnell denied Padraic Cunningham for the first time.

Cunningham was to endure a frustrating battle with the Shannonsiders No1, but Galway did get their noses in front past the midway point of the half when Curran confidently converted from the spot.

Cunningham should have doubled that advantage on 38 minutes but he was denied by O’Donnell and then wonderfully on the follow-up by the returning Shane Tracy who blocked bravely.

That laid the platform for Limerick’s equaliser as Dean Clarke’s cross from the right was put into his own net by the unfortunate Kevin Garcia.

Galway continued to make most of the running after the break, but after Limerick weathered the storm initially, the visitors went close through Ian Turner twice and then Tony Whitehead whose back-heel was cleared off the line.

But the Tribesmen got a deserved lead goal and winner 14 minutes from time when a corner fell to Curran in acres of space in the box and he drilled an unstoppable effort to the net.

Shanahan looked to have wrapped it up with six minutes remaining, and though substitute Vinny Faherty and Galway man gave his hometown club a nervous finish, Tommy Dunne’s side held on for victory.

Limerick manager Martin Russell made three changes to the team that lined out in the defeat by Bray Wanderers six days earlier. Injured captain Shane Duggan, Darragh Rainsford and Paudie O’Connor were replaced by Jason Hughes, Tracy and Whitehead.

Galway started brightly and had two good openings in the first three minutes. With O’Donnell stranded, Keegan – from 20-yards out on the left – lobbed the ball just over the bar.

Then O’Donnell came out to deny Cunningham in a one-on-one, the ball hitting the Donegal man’s chest just inside the box, with captain Ryan Connolly’s follow-up going wildly off target.

On the quarter-hour, Limerick threatened for the first time when Garcia took Clarke out on the left angle of the box. Turner’s resulting free-kick went all the way to the back post where Seán Russell could only head it back across goal as the hosts cleared.

Then Cunningham was denied by O’Donnell again after the striker had done well to get to the ball first before it went out. Moments later, Marc Ludden’s pass picked the home No18 out in the area but from a very difficult angle again O’Donnell stopped his effort.

But on 25 minutes, Galway had their reward. From a corner, Hughes was adjudged to have fouled Keegan in the six-yard box and up stood Curran to convert a cool penalty with aplomb.

Seven minutes before the break, Cunningham headed a Shanahan cross narrowly wide of the top corner. Then Galway broke at pace, Keegan slipping in Cunningham but after being half stopped by O’Donnell he was then denied by a brave and brilliant stop from Tracy.

And in the next phase, Limerick were level. Clarke raided down the right and put in a low cross that the sliding Garcia diverted into his own net.

On 57 minutes, Galway could have taken the lead when O’Donnell spilled a cross but neither Curran nor Cunningham could capitalise. On the hour, Cunningham got past O’Donnell again but this time he struck a shot into the side-netting from a difficult position.

Then Connolly’s strike from distance took a slight deflection on the way with O’Donnell pushing it away. The former Sligo Rovers man then waltzed past a number of players, getting by O’Donnell and crossing for Shanahan but his effort was blocked.

Joining Faherty – who came on at half-time – was Duggan midway through the half, as Limerick soaked up pressure. But the chances continued to come for Galway, with Curran heading over Connolly’s cross when all alone at the back post.

On 70 minutes, Turner’s strike from distance was palmed wide by Hanley who then did brilliantly to push the winger’s looping effort over as it headed for the top corner. From Russell’s resulting delivery, the ball fell to Whitehead whose back-heel was cleared off the line.

But on 76 minutes, Galway led when Curran drilled home following a corner and then it was 3-1 as Shanahan glided Connolly’s cross to the net. Faherty threatened a fight-back with a goal three minutes from time, but Galway held firm for a valuable three points.