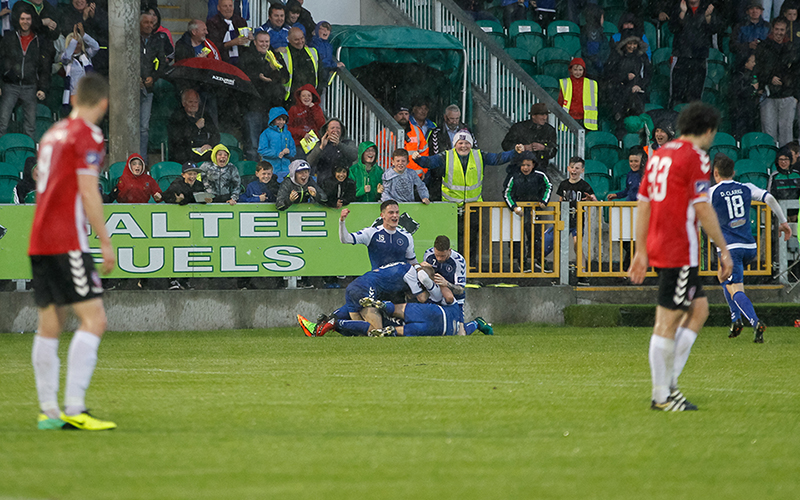 Substitute Chiedozie Ogbene’s 93rd-minute close-range finish rescued a point for Limerick as they snatched a 1-1 draw, after Derry City looked to have found a late winner in a competitive SSE Airtricity League Premier Division clash at the Markets Field on Saturday evening.

Audio Interviews: Listen to interim manager Willie Boland and goalkeeper Brendan Clarke as they react to the draw, below.

The Shannonsiders had started well but by the end of the first half each team had their ‘keepers Brendan Clarke and Ger Doherty to thank after both produced good saves.

Doherty showed his quality to deny Dean Clarke and his captain counterpart Shane Duggan in quick succession, and then it was the turn of Clarke who recovered quickly from denying Aaron McEneff’s stinging strike to claw the rebound away from Nathan Boyle’s foot.

But, following a second half low of chances, eventually it would prove to be the impressive McEneff who created the opening goal as his perfect corner delivery was met by an unstoppable header by Barry 11 minutes from time.

Limerick pushed forward in search of an unlikely equaliser and the game looked up. However, in a heavy downpour, conditions became difficult and a cross from the left of the box eventually found its way to Ogbene in the six-yard area and he scrambled in to send the home support of over 1,200 wild.

Willie Boland’s side had started brightly and they forced a save from Doherty inside three minutes as a corner was cleared back to Duggan whose cross was met by Rodrigo Tosi, the Brazilian turning and seeing his shot tipped over the bar by the Derry captain.

On ten minutes, a good passing move from the Candystripes ended with McEneff in space and he drove a fierce strike inches past the post, in the visitors’ first threat. After the quarter-hour, Limerick were denied by Doherty once more, who blocked Clarke’s shot away and then got up to push over Duggan’s follow-up. 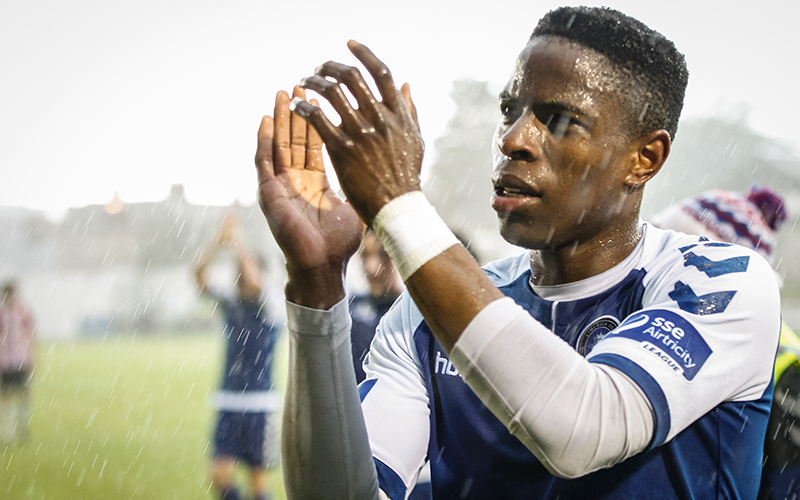 On 25 minutes hesitation in the home defence allowed Boyle the chance to get his foot to the ball first and only the leg of Brendan Clarke denied the goal-bound shot. Another lapse deep in Limerick territory presented another opportunity as McEneff saw a stinging save pushed away by Clarke who smartly got back up to palm the ball away at Boyle’s feet.

Before the break, Tosi saw a shot from just inside the box comfortably held by Doherty, and then Clarke came out to deny McEneff after he had picked up space in a tight angle after a fine through-ball from Ronan Curtis.

The second half started quietly with the first chance not arriving until 64 minutes when Duggan’s corner to the back post was met by Clarke who – off balance as he did well to get to the ball – headed over.

Derry were beginning to press forward and they forced some corners, but Limerick were in on goal with a quarter-of-an-hour remaining when a long ball went all the way through to Ogbene but he failed to control it which allowed Doherty to gather.

The decisive moment looked to have arrived when Barry rose on 79 minutes to meet McEneff’s near-post corner. But there was late, late drama to come as Ogbene redeemed himself, this time making no mistake with his opportunity, scrambling in, as Limerick grabbed an important point.