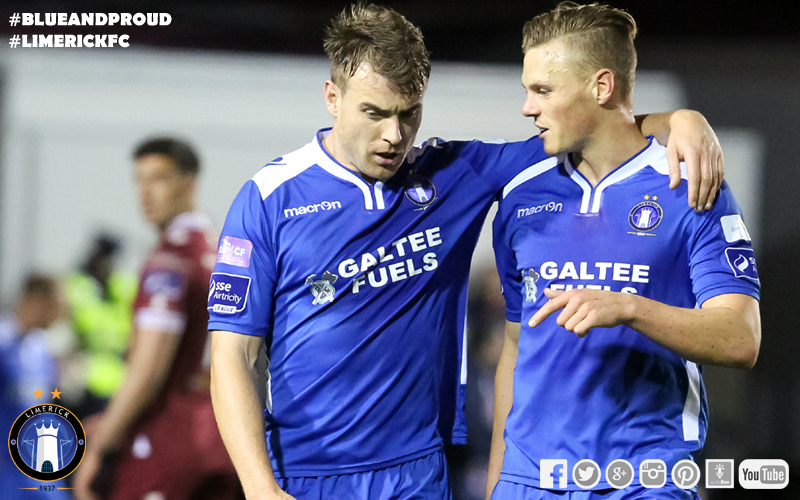 First-half goals by Brandon Miele and Stephen McPhail gave Shamrock Rovers a 2-0 win over Limerick at the Markets Field on Friday night, as the Shannonsiders’ survival hopes were dealt another huge blow.

Limerick fell behind just before the quarter-hour when a mistake in the home defence gifted Rovers possession and Ryan Brennan set up Miele who clinically fired to the bottom corner from 20-yards.

The hosts looked for a way back into the game but after Brennan’s drive shaved the top of the crossbar, the Hoops went further ahead through McPhail’s stunning free-kick from the right angle of the box which hit the far top corner.

Limerick thought they had reduced the deficit before the break but Ian Turner’s low drive was ruled out for offside, due to the interference of Vinny Faherty in front of goalkeeper Barry Murphy.

Rovers comfortably saw out the second half with the only threat posed by Paul O’Conor midway through, as Limerick were left needing a favour from the Hoops on the final matchday next weekend.

Manager Martin Russell again selected an unchanged side, as experienced defender Shane Tracy had to be content with a place on the bench for the second week running.

And in the first noteworthy moment, Rovers hit the front when Robbie Williams softly conceded possession on the edge of his box, Brennan nicking the ball ahead of captain Shane Duggan and laying it off to Miele who finished superbly.

After that, Williams attacked a Seán Russell corner to the back post but it bounced off him and went wide while Williams had a header from another corner cleared off the line. Hoops captain Conor Kenna then produced a fantastic header to clear a dangerous Turner free-kick into the six-yard area.

On 31 minutes, patient build-up by the visitors ended with Danny North teeing up Brennan whose strike bounced off the top of the bar and over.

But four minutes later, it was 2-0 after Limerick again sloppily conceded possession, leading to a free-kick on the edge of the box and McPhail stood up to deliver a wonderful effort to the far top corner.

A minute before half-time, Limerick thought they were back in it when Dean Clarke’s cross went all the way to Turner at the back and he drilled a low shot past Murphy but Faherty was adjudged to have been in an offside position.

At the interval, Lee-J Lynch was replaced by Tracy in a reshuffle, and Rovers just survived an early Limerick attack in the second half. Then, at the other end, Miele’s low free-kick from 20-yards went through the wall but Freddy Hall held well.

Limerick were probing for a way back into it but were creating little. On 65 minutes, O’Conor had a chance at the back post but headed over, in what proved to the final chance of a home goal.

Limerick must now win in Sligo next Friday night and hope that Drogheda United fail to win at Tallaght Stadium – if Drogheda draw and Limerick win, Limerick will be in the playoff on goal difference.