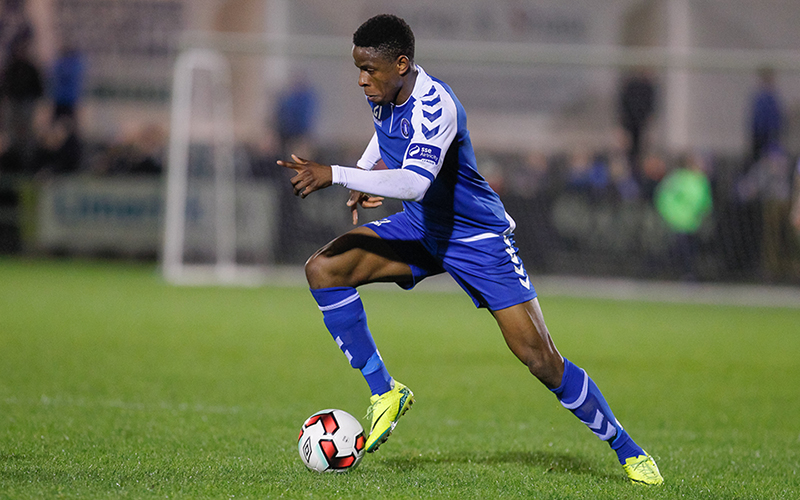 Chiedozie Ogbene created the opening for Limerick’s 82nd-minute winner as they claimed an important three points with a 2-1 victory over Bohemians at Dalymount Park on Tuesday night, to cement their place in the top half of the table.

Audios: Listen to winger Chiedozie Ogbene and goalkeeper Freddy Hall as they react to the victory, below.

Ogbene should have had an assist on the sheet early on when he set up Rodrigo Tosi but a brilliant near-post block denied him. The Brazilian, though, made up for that by the quarter-hour as he looped a header into the top corner following a free-kick.

But from nowhere Bohemians were level on 31 minutes when Limerick failed to clear in the box after trickery from Keith Ward and it eventually fell to Georgie Poynton who drove an unstoppable shot to the corner.

Ogbene could have restored Limerick’s lead shortly after the break but in a one-on-one he saw his shot clip the outside of the post. The Shannonsiders then survived a huge scare when Poynton’s cross was pushed into the path of Paddy Kavanagh but Barry Cotter produced the bravest of blocks to deny him, a challenge which forced him off with injury.

And that laid the platform for a vital victory as Limerick grabbed the all-important goal eight minutes from time, Ogbene sending the ball goalwards and it appeared to be creeping in but Bohs defender Daniel Byrne made certain, to seal a big win in the capital.

For the game, Limerick manager Neil McDonald – in charge for the first time officially – made three changes to the team that lost to Champions Dundalk at home four days earlier.

Goalkeeper Brendan Clarke missed out through an automatic one-match suspension following his red card at the Markets Field and was replaced by Freddy Hall. Right-back Shaun Kelly returned from a ban and took the place of Paul O’Conor while Tosi came in for Dean Clarke in a rejig to a 4-4-2 formation, where 18-year-old Cotter moved to centre-half having played on the right of the defence on Friday.

Bohemians were forced into a late change before kick-off as captain Derek Pender failed a fitness test, replaced by Dylan Hayes. And they could have been behind on eight minutes only for a last-ditch block. Lee-J Lynch delivered a good cross from the right which Ogbene knocked into the path of Tosi but good defending kept him out.

But Tosi broke the deadlock on 15 minutes. Bastien Héry’s free-kick was flicked on by Robbie Williams to the Brazilian at the back post and he looped a header to the far corner. Lynch then robbed Oscar Brennan close to his own goal but home captain Shane Supple got behind the resulting shot.

Bohemians levelled on 31 minutes when Limerick failed to clear a set-piece into the box, Ward causing problems, and the ball came to Poynton – on-loan from Dundalk – and he drilled to the net. Before the break, Tosi could have scored again but he could not reach Chris Mulhall’s cross, and then Ward fired off target as the sides went in level.

Limerick should have been in front on 49 minutes when skipper Shane Duggan played in Ogbene but after getting to the ball ahead of Supple he saw his shot hit the outside of the upright. Shortly after, a good move ended with Lynch delivering a cross for Tosi but his header went agonisingly wide.

On 64 minutes, Hall was alert to push Brennan’s shot away, and there was even more danger for the visiting goal past the midway point of the half. Ward played Poynton down the right and his excellent delivery was pushed out by Hall, Kavanagh ready to pounce on the loose ball only for Cotter to make a magnificent goal-saving block.

The decisive moment arrived on 82 minutes when Limerick put pressure on and eventually the ball was forced home, Ogbene sending it on its way before Byrne’s touch made sure. Supple then denied Duggan well as he pushed over a shot.

Deep in injury-time, Hayes was dismissed with a straight red card following a tackle on Ogbene. But still Bohs had one last chance to snatch something, on 96 minutes, but Poynton sent his 20-yard free-kick against the wall as Limerick won for the first time in seven games.