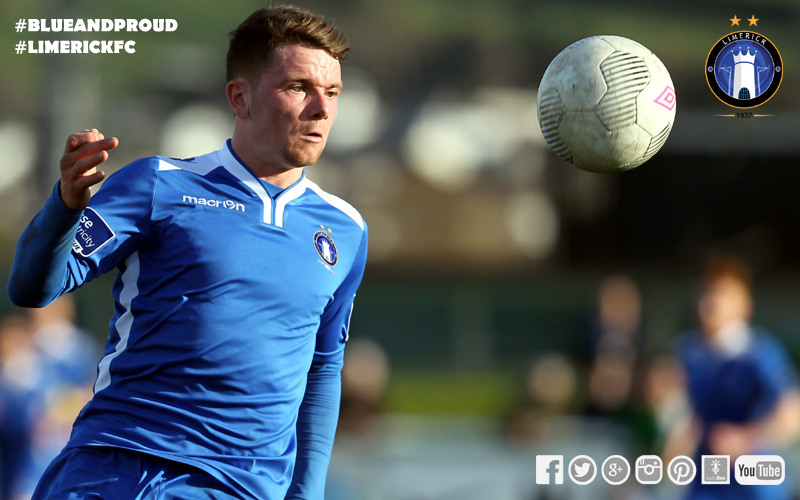 Leaders and reigning Champions Dundalk scored six on a strangely entertaining night at Oriel Park on Friday, where Limerick lost 6-2 while Shane Tracy missed a penalty in a chance for a third.

Dundalk were on their way as early as the fourth minute when returning captain Stephen O’Donnell – making his first league start since last October – struck to the net.

Seán Harding went close after that while Seán Russell tested Gary Rogers, but between then an the break it was one-way traffic as Brian Gartland and David McMillan scored either side of Ronan Finn’s strike which was harshly ruled out.

The Louth men did make it four through McMillan nine minutes into the second half, before Harding pulled one back for the Shannonsiders with a bizarre free-kick from distance.

Then Gartland grabbed a brace of his own from another Darren Meenan delivery. Limerick responded, this time through a gift from Andy Boyle as he headed down for Shane Duggan to tap.

And, on a bizarre night at times at the home of the Champions, Martin Russell’s side could have had a third but Shane Tracy was denied by Gary Rogers from the penalty spot with 15 minutes left. Substitute Jake Kelly added a sixth with a deflected shot two minutes from time.

Russell had made one change to the team that lined out in the loss at Richmond Park before the break, and it was an enforced one as Ian Turner missed out through a knee injury and Harding returned from the same complaint to take his place.

Ghanaian duo, goalkeeper Ali Abass and midfielder Prince Agyemang were included on the bench having been cleared earlier in the day. For the home side, O’Donnell came back in along with Meenan, replacing Chris Shields and John Mountney.

And it was the returning skipper who smashed Dundalk into a fourth-minute lead when Daryl Horgan supplied the pass and the Galway man found the far corner of the net from the edge of the six-yard box.

On 11 minutes, though, Limerick went close to equalising. A brilliant passing move started with Conor O’Donnell and went through Tracy, Duggan and Dean Clarke before Russell combined with Harding who, in space 20-yards out, fired wide.

Then McMillan headed a Meenan cross wide from close in as the hosts looked to respond to that scare, while Paul O’Conor tried his luck from distance past the quarter-hour but it flew over.

With Dundalk not really testing O’Donnell in the Shannonsiders goal, Limerick threatened again on 24 minutes after retrieving possession in midfield, with Russell striking a low effort which Rogers had to get down to push away.

But the 2014 Champions then came to life around the half-hour. It started when Richie Towell surged through the entire Limerick defence, into the area before his shot was blocked by O’Donnell and the follow-up was cleared behind.

However, from that corner, Meenan’s delivery was headed in at the back post by Gartland. The ball was in the visiting net again seconds later as Finn shot home after Towell’s pass, but the flag went up for offside in a very tight call.

Finn should have got on the scoresheet on 34 minutes as the White wave kept coming, but after McMillan and O’Donnell set him up, the former Shamrock Rovers midfielder shot into the side-netting of an empty goal.

It got worse for Limerick a minute later when McMillan broke through the defence and slotted under O’Donnell, but Russell’s side kept it to three at the break.

Five minutes into the second half, Horgan went close to adding a fourth but his low effort was well pushed away by O’Donnell, before his namesake set up the next chance for Dundalk but McMillan dragged a shot wide.

But there was no denying the hosts seconds later as Finn fed McMillan in the box and he hammered the ball to the net off the underside of the crossbar.

Limerick bizarrely pulled a goal back on 58 minutes when Harding’s free-kick from all of 40-yards crept inside the post to the amazement of the crowd. The Blues then introduced both Ross Mann and former Dundalk forward Vinny Faherty.

The sides then exchanged goals. Gartland connected with Meenan’s corner and it looped in over O’Donnell, before Limerick responded through Duggan after Clarke’s powerful strike was pushed away by Rogers and then headed into the path of the Limerick captain by Boyle.

Limerick could have grabbed further consolation with a quarter-of-an-hour remaining after Dane Massey brought down Russell, but Tracy was denied by Rogers. Then Kelly’s deflected strike completed a forgettable night for the Munster men.