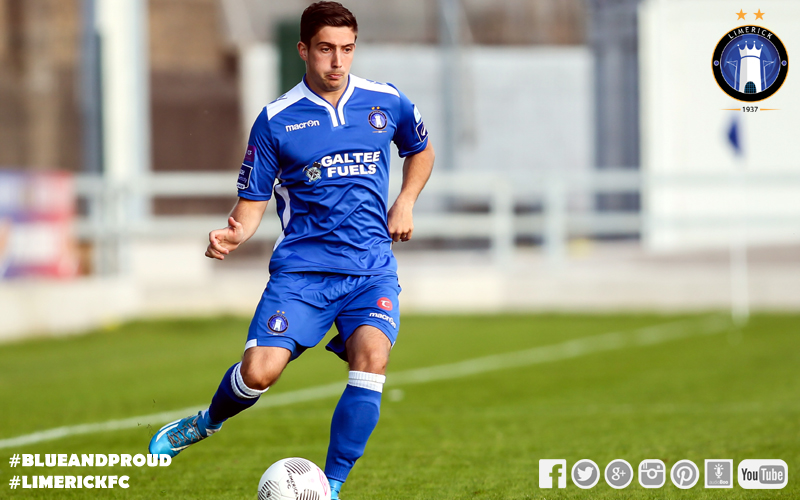 Early on, Limerick struck the bar through Dean Clarke while Vinny Faherty had a shot cleared off the line.

Then Garryowen erupted when Kelly unleashed a stunning shot from range into the corner of the net. The Donegal man gave the home support a nervous moment before half-time when his header back went beyond Freddy Hall but Nathan Boyle could not squeeze it in from a tight angle.

Limerick pressed for a second after the break but the closest they went was when Faherty hit the outside of the upright, before substitute BJ Banda should have equalised for Harps with 11 minutes remaining but he fired wildly wide with an open goal to aim at.

Limerick manager Martin Russell selected the same team that lined out in the win over Sligo Rovers on Friday night, and they went close inside eight minutes.

Kelly raided down the right and played a one-two with Ian Turner, continuing his run and delivering a wonderful cross for Clarke at the back post but the Harps defence did enough to put him off as the ball came back off the crossbar.

Then Shane Tracy’s low strike was well held after the ball fell invitingly to him on the edge of the box. On 21 minutes, Limerick could not have been nearer to an opener when Clarke’s cross eventually fell to Faherty and his shot was cleared off the line.

But on 34 minutes, the Markets Field roar was the loudest it’s been in over 30 years when space opened up for Kelly 25-yards out and he unleashed an unstoppable strike to the top corner.

Five minutes later, it was almost disaster for the Killybegs man when his headed back-pass went over Hall but Boyle failed to capitalise.

On the stroke of half-time, Tracy’s shot was blocked following a set-piece and it came back to Robbie Williams who whistled an effort inches over from the ‘D’.

Limerick pressed for a second in the early stages of the second half and past the hour-mark they went close when Paul O’Conor fired narrowly wide from 25-yards.

On 75 minutes, Turner did well down the right and delivered a cross that was met by Faherty, his header hitting the outside of the post and going wide.

But four minutes later, Limerick were almost caught cold when substitute Banda got in behind the home defence and rounded Hall, who had come outside his box, but with an open goal the Harps striker sent his strike wide.

Limerick continued to go forward in search of a second goal but they had to be content with the narrowest of leads, ahead of Friday’s return leg in Finn Park (kick-off 7.45pm).