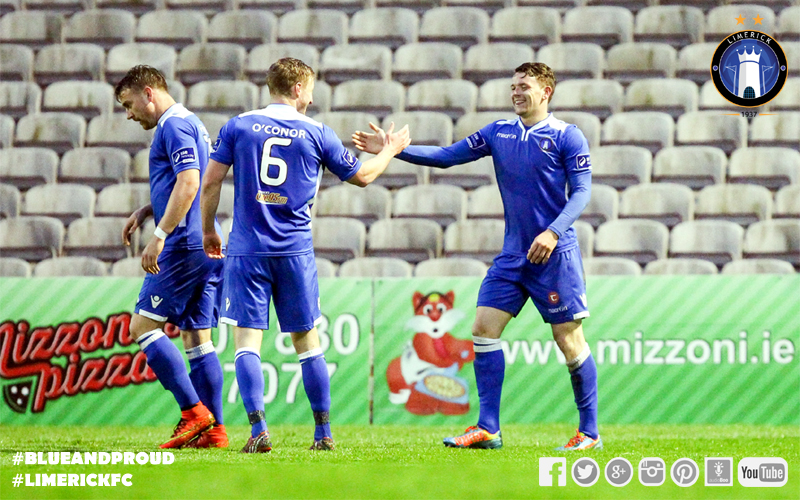 Jason Byrne struck an 84th-minute winner as Limerick were edged out 2-1 by Bohemians at Dalymount Park on Friday night, where Dean Clarke finally broke his league duck.

Bohemians could have been ahead in the opening seconds as Roberto Lopes flashed a header just over, but they did not have to wait long for the opener as Derek Prendergast found the net before the quarter-hour.

Early in the second half, Bohs went close to a second when Dean Kelly chased down a back-pass and Conor O’Donnell’s attempted clearance hit the striker and came back off the post.

Limerick were then level when Shane Tracy’s corner was not dealt with and the ball fell kindly to Clarke in the six-yard box and he pounced for his first Premier Division goal of the season.

The Shannonsiders perhaps looked the more likely to go on and win it, but Bohs did miss two good opportunities before they eventually found a way through. Substitute Byrne turned smartly in the box and fired low below O’Donnell, as the Gypsies continued their impressive start to the season.

Manager Martin Russell made one change to the team that lined out in Sligo the previous weekend and it was enforced as versatile midfielder Seán Russell missed out through illness and was replaced by Darragh Rainsford.

Bohemians, for their part, showed three changes from their draw at home to Cork City on Bank Holiday Monday, as Adam Evans, Kelly and Dave Mulcahy came in to replace Keith Buckley, Mark Griffin and Anto Murphy.

And it was the home side that went close inside the opening minute when Paddy Kavanagh’s right-wing cross found the head of Lopes and his effort just cleared the crossbar. 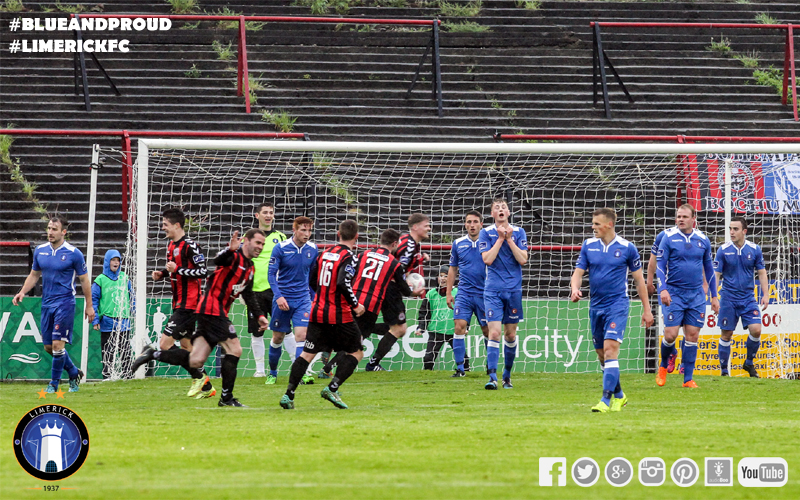 But, just as they were on the opening day of the season, Limerick were undone by a Bohs corner as the deadlock was broken on 12 minutes. Lorcan Fitzgerald’s out-swinging corner was met by Prendergast and the centre-half sent an unstoppable header to the net.

There was little in the way of clear-cut chances after that in the opening period. Into the second half, Kelly’s pressure on O’Donnell almost paid off but luckily for Russell’s side the ball came back off the upright and was gathered.

Then Limerick were level when Tracy’s corner – forced by Ian Turner’s cross – was flicked goalwards by Paul O’Conor and cleared off the line by Fitzgerald. However, Prendergast could not complete the clearance and Clarke was on hand to finally open his league account from close range.

Limerick were lifted by that but after Bohs introduced Byrne for the final quarter-hour, they began to create real chances.

Having seen his header denied by Darragh Rainsford’s clearance, it was again Evans that threatened as he broke in on the left of the box but he was denied well by O’Donnell. Then Griffin was left clear on goal but the former Dundalk man fired over, under pressure from Robbie Williams.

But Bohs did grab a winner six minutes from time when an Evans cross fell to Byrne and he remained cool to turn and strike a low shot beyond O’Donnell. Bohs could have extended their winning margin but Kavanagh fired wide and the ‘keeper denied Fitzgerald late on, but by then the Dubliners had done enough.