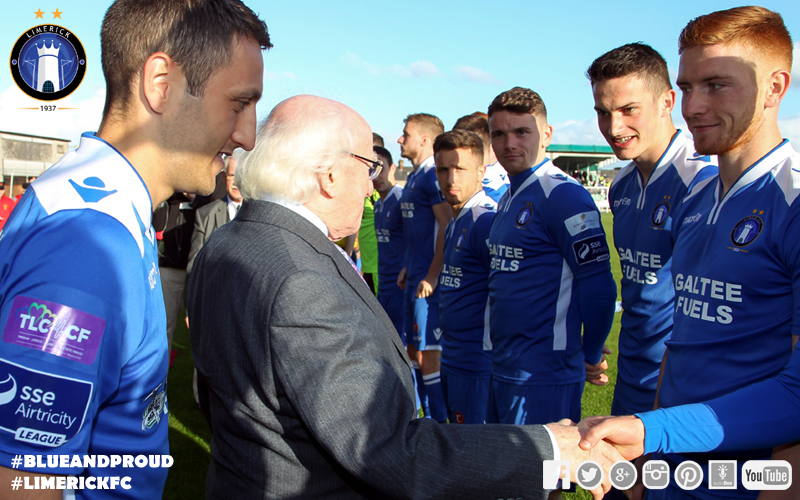 Drogheda started well and took the lead inside the opening quarter-hour when Seán Thornton’s free-kick was headed to the net by Michael Daly.

Limerick should have found parity on 26 minutes when home Man of the Match Dean Clarke got past Daly and set up Seán Russell but Micheál Schlingermann produced heroics to deny him as Drogheda survived.

Limerick looked for an equaliser and they got it moments after half-time when Shane Tracy’s left-wing delivery was powered to the net by Paul O’Conor.

The Markets Field had erupted but that joy was short-lived as Duffy restored the Boynesiders’ lead soon after, and despite going to the final whistle the Shannonsiders were unable to force a second.

Manager Martin Russell made three changes to the team that lined out in the FAI Cup defeat in Bray seven days earlier; Conor O’Donnell, Jason Hughes and Darragh Rainsford came in to replace Tommy Holland, Paudie O’Connor and Ian Turner.

Kick-off was delayed until just past 8pm due to crowd congestion outside and Limerick also started slowly in front of an expectant home support.

Drogheda hit the front on 13 minutes when Thornton’s free-kick was met by the head of Daly who found the net off the inside of the post.

Limerick looked for a way back into the game and past the quarter-hour captain Shane Duggan – looking to repeat his father’s heroics in the club’s last league win at the venue – tried his luck, but the shot went wide.

On 25 minutes, Clarke found space and from 25-yards drove over. But seconds later they should have been level when Clarke skipped past Daly and put in a low cross for Russell who was brilliantly denied by Schlingermann, with Drogheda somehow scrambling clear. 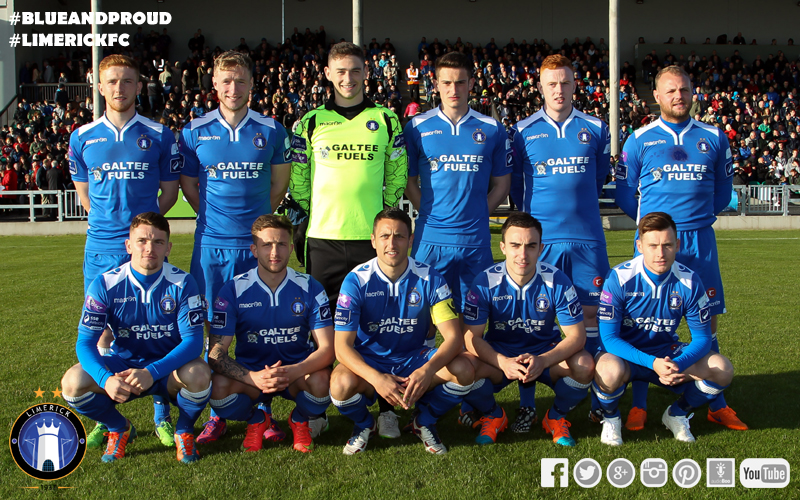 Making History: Limerick FC’s team photo for their first game at the Markets Field since April 1984

Then good build-up play involving Rainsford, Clarke and Shane Tracy ended with the ball coming to Duggan who took a touch before seeing his dipping shot from outside the box go over.

Moments later – after Clarke had shown similar tenacity to win possession deep in his half – Russell took hold of the ball past halfway and played it to Rainsford on the right. His cross was brought down by Hanlon whose low shot on the turn was gathered.

Before the break, Duffy looked to make it 2-0 but his shot was held by O’Donnell.

And just three minutes into the second half, the Markets Field was well and truly alive again when Tracy’s cross from the left was powered to the net by the head of O’Conor. Then Limerick threatened a lead goal but Drogheda cleared, and Robbie Williams fired wide having moved into space.

The visitors were ahead on 54 minutes, against the run of play, when Duffy’s low strike from the right angle of the box bounced in off the bottom of the upright.

That silenced the Stadium and Drogheda could have extended their lead past the midway point of the second half but substitute Tiarnán Mulvenna’s shot from inside the area was pushed away by O’Donnell.

At the other end, Hanlon’s cross was headed wide by Clarke, before Russell introduced Turner and Vinny Faherty in search of another leveller.

Seven minutes from time, Limerick went close when Faherty’s cross was met by Clarke but Schlingermann pushed the header away and Drogheda cleared.

And – having been denied what appeared to be a clear penalty in injury-time as Schlingermann took out Clarke – that was as close as the hosts went as their search for a first league win continued.