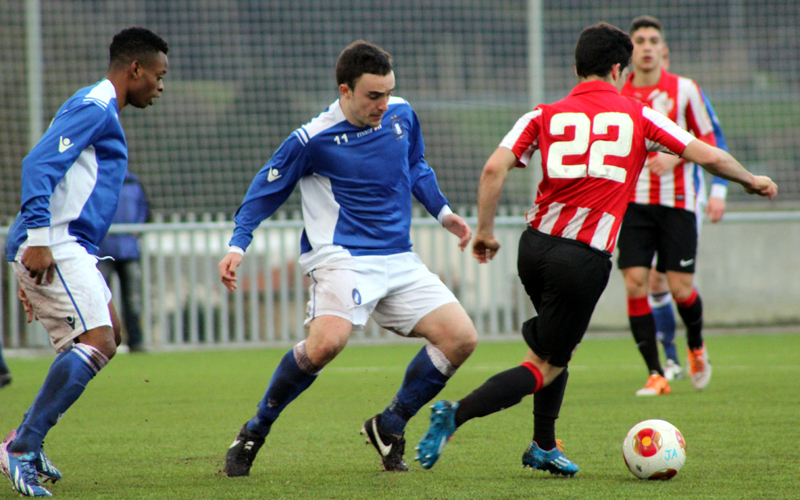 Shane Tracy made it six goals in five games but Limerick were edged out by Athletic Bilbao B on a 4-3 scoreline in Lezama on Tuesday evening, as the Superblues played the first of two friendlies during their Spain tour.

Limerick started the brighter and had a couple of wayward efforts from distance before they hit the front on eight minutes when Garbhán Coughlan’s low cross from the left was finished by Tracy from close range.

The game was turned around past the quarter-hour when Athletic scored twice in the space of three minutes. The first came through a delivery from the left that was tapped in at the back post, and moments later they took the lead with a low strike past Nathan Murray at his near post.

Stuart Taylor’s side fell further behind on 27 minutes when a good move by the home side ended with a one-on-one with Murray, with the striker remaining cool to slot the ball under the ‘keeper.

Limerick were back in the game on 54 minutes when Patrick Nzuzi’s cross from the right was pushed out by the ‘keeper only as far as Darragh Rainsford who struck to the net.

Shortly after, he could have levelled the game but his shot was well turned around the post, and past the hour mark Rory Gaffney was denied by another smart stop by the youthful home netminder.

Limerick were well on top at this stage but Athletic restored their two-goal cushion on 66 minutes when a shot from the right of the area deceived Murray and found its way in.

The Superblues continued to go forward and captain Shane Duggan was harshly denied a goal late on as the linesman’s flag was raised.

But Limerick did have the last say when Tracy picked up possession 30-yards from goal and produced another wonderful strike as he curled the ball into the top corner.

Limerick FC wish to thank Athletic Bilbao for their hospitality and the quality of the friendly. We look forward to building further on our relationship with them in the future.