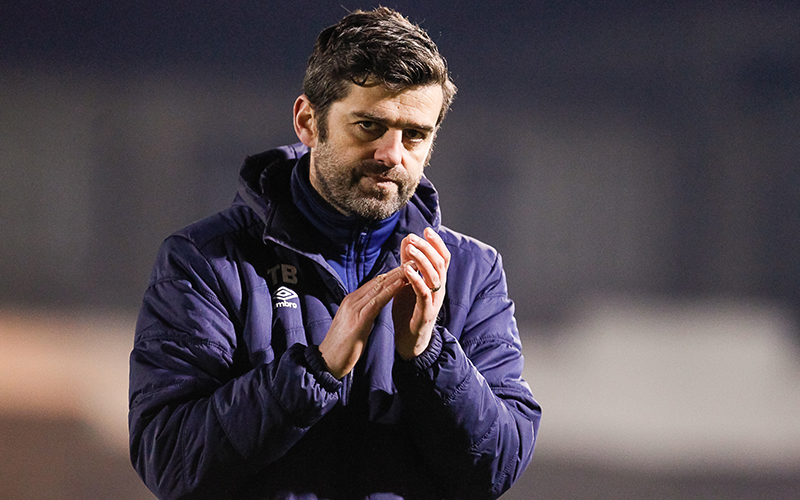 Tommy Barrett says he cannot fault the attitude or effort of his Limerick players who he says are just not enjoying “the bounce of the ball at the moment”, but he hopes their luck will change starting against Waterford in a crucial SSE Airtricity League Premier Division clash at the Markets Field on Friday night (kick-off 7.45pm).

With all of the club’s remaining home fixtures changed to Fridays, the boss is also hopeful that a bigger crowd will turn out to see his side as they look for an important result in their bid to keep top-flight football in the region.

Limerick performed well in front of the live television cameras at Richmond Park last weekend and, having led for much of the match, they should have taken a point in the end as Will Fitzgerald saw his goal ruled out for offside in a clearly incorrect call, which left Barrett frustrated.

Now, the Shannonsiders prepare for the visit of third-placed Waterford, who they thrashed 6-3 at the RSC when they last met in May, while the first meeting at the Markets Field in March – a 2-0 reverse – could have gone differently had Fitzgerald not fluffed his early lines.

“It was frustrating last week,” Barrett, who is looking to oversee the club’s first back-to-back home wins since October, told LimerickFC.ie. “You have got to go 2-0 up when you’re in that position.

“We have a young team and they found it tough in the second half, the pace of the game and the physicality of it – they’re not used to the hits. Will’s goal was definitely onside, I don’t know how it was missed.

Cían Coleman (left) returns from suspension for Limerick FC on Friday night as they welcome Waterford to the Markets Field.

“Waterford will be a very tough game. The last time, down there, we started great and they started poor. They also had a man sent off early which didn’t help them. It will be difficult for us. They’re a good side, they’ve got a good squad – they can take players off the bench, and they can rest players. We don’t have that.

“But the boys have been excellent. I can’t complain. They are all doing their jobs and playing for each other. We’re playing very well, we’re just not getting the bounce of the ball at the moment, but hopefully that will change soon.

“We’re back at home now. As always, we will be hoping for a good turnout. It makes a big difference to the players when there is a good positive energy around the Markets Field, and I hope the supporters will come out to back us.”

Limerick have lost their last two games 2-1, away to Derry City and St Pat’s, but did defeat Bray Wanderers on their last outing at the Markets Field on 29 June thanks to goals from Cían Coleman and Barry Maguire. The last time they won two in a row at home was in September/October when they beat Cork City and Drogheda United.

Waterford, meanwhile, saw a four-match unbeaten run come to an end last Sunday when Shamrock Rovers took a late 1-0 win away from the RSC. On the road, they have won one of their last six games, that being their most-recent trip, where they overcame Sligo 3-2 at The Showgrounds on 30 June.

Team News: Limerick can welcome midfielder Cían Coleman back into contention for the game as he returns from suspension, with the only doubt being the versatile Eoin Wearen who continues to nurse a knee injury.