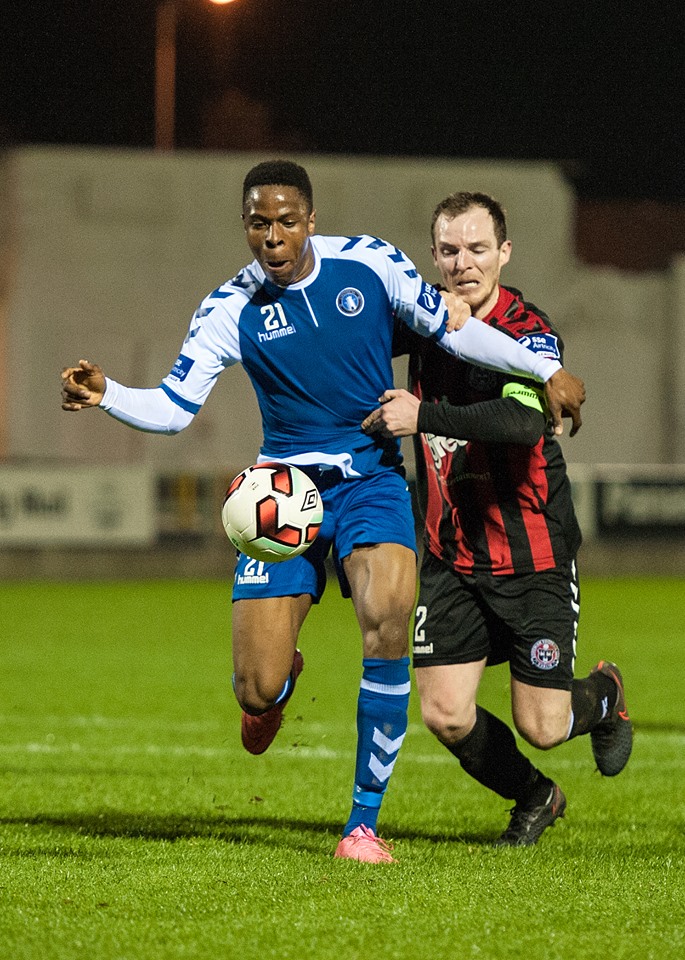 LIMERICK FC 0 – 1 BOHEMIAN FC
Limerick looked a frustrated side in their efforts to get a result against visiting Bohemians that saw Man of the Match Shane Supple in fine form between the sticks. The Frank Hogan Man of the Match pulled off a string of excellent saves in the first half as a bounty of chances for the Blues came to nothing.

There were appeals too for penalties that ended up fruitless, as Rodrigo Tosi struggled to shake off the attentions of a Bohemian defence that were well prepared to make things difficult for the Brazilian. It was something that didn’t go unnoticed by the Limerick manager, who was also concerned at the level of unwanted attention 19-year-old Chiedozie Ogbene was receiving throughout the match.

However, Manager Martin Russell saw positives in both this and the previous performance against Dundalk, and believes the kinds of results these performances deserved, will come.

“Tonight we probably had more chances to win the game, but both games we should have come out with something and we haven’t. We have a choice; to feel sorry for ourselves or keep going trying to do things the right way. Hopefully the bit of luck that everybody needs will come our way”.

With another fixture coming up at home on Saturday, Russell is looking forward to the opportunity it brings to get the right result against Finn Harps.

“They’ve added a few bodies and they’ll be boosted by the win there again tonight. I just hope it’s a good game of football and may the best team win. We’ll get focused now on Saturday, it’s the next big one and we look forward to Ollie and the lads coming here.”