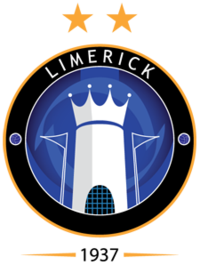 Limerick Football Club has been left saddened by the passing of Steven Kavanagh. Steven was a loyal Superblues fan and a Season Ticket holder at the club.

Steven was a student at Limerick Institute of Technology where he was Vice President of the LIT Students’ Union.

Limerick FC Chairman Pat O’Sullivan stated: “It’s with great sadness that we learned of Steven’s tragic passing. He was one of our most loyal and popular supporters and he will be greatly missed by everyone connected with the club. We extend our sincere condolences to his family and many friends.”

LIT President Dr. Maria Hinfelaar added: “We are all deeply saddened by Steven’s tragic passing. In his role as the LIT Students’ Union Vice President, Steven left an indelible mark on this Institute and will be remembered with great fondness.”

Limerick FC will observe a minute’s silence in memory of Steven at Friday’s game against Drogheda United at Thomond Park.