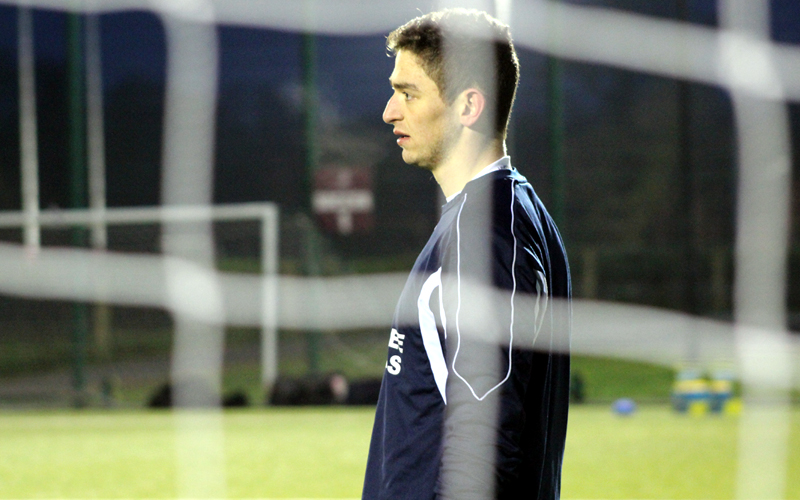 Limerick FC goalkeeper Conor O’Donnell has been called up to the Republic of Ireland Under-21 home-based squad for an upcoming friendly.

O’Donnell will join up with Noel King’s side for a match against the Irish Amateurs at the AUL Complex on Saturday 21 February, kick-off 1pm.

The young stopper, who turned 21 in January, joined the Shannonsiders from UCD before Christmas and has already made his competitive club debut, in the Munster Senior Cup win over Leeds.

Amateur International team manager Gerry Smith will utilise members of his squad which is preparing for the UEFA Regions’ Cup this summer while King’s Under-21s will start their own UEFA Championships qualifiers at home to Andorra next month.

“This is the third time we’ve played a game against Gerry’s sides and they are always excellent matches for our players to make an impression,” King said.

“The Amateurs are all men and are a very well-organised outfit with a manager who has been one of the most successful of all the International teams in the Association.

“For us, we are always looking for players capable of stepping up to Under-21 level so this game gives us an opportunity to work with many of the players we’ve seen with their clubs in the SSE Airtricity League.

“Seán Hoare and Lee Desmond were with us last season while Mikey Drennan we also know well. In the past players such as Paddy Madden and Daniel Kearns have played in these games.

“We have a tough campaign ahead and there will be a lot of players who will be used over the course of the next two years so these players all have an opportunity to stake a claim for inclusion.”

Republic of Ireland Under-21 Squad: