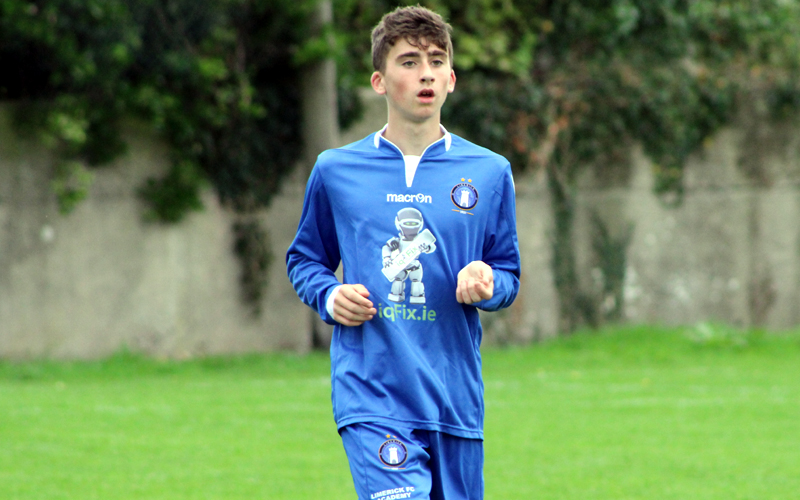 Limerick’s Colm Walsh-O’Loghlen has been called up to the Republic of Ireland Under-16 squad for two upcoming training days, joining teammate Ger Barry.

Barry’s selection was announced last Thursday and now Walsh-O’Loghlen’s inclusion has been confirmed.

The former Avenue United attacking player has been part of John Grehan’s Under-16s who have enjoyed a 100 percent record from 12 games between League and Cup competition this season.

In late December, the youngster missed extended Irish training due to holidays, but now he will join up with Tom O’Connor’s squad, who assemble at the AUL Complex on Wednesday 28 January and Thursday 5 February at 11am.

Congrats to Colm on his call-up; the club wishes him the best of luck!