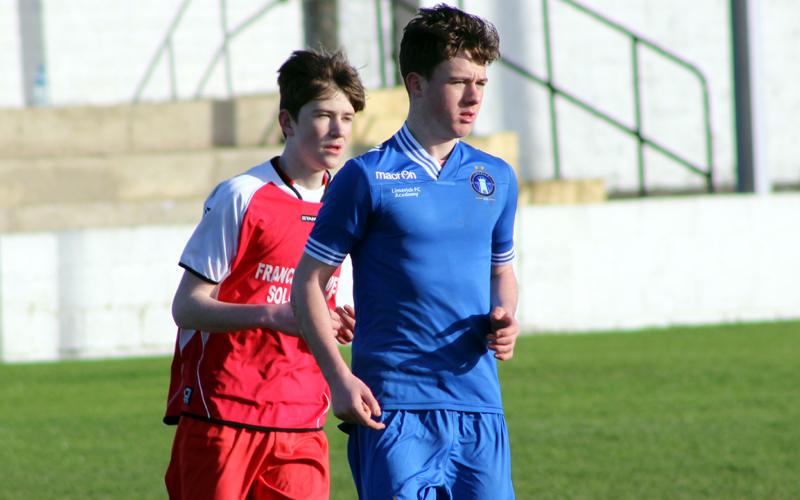 Limerick FC pair Ger Barry and Colm Walsh-O’Loghlen have been placed on the standby list for the Republic of Ireland Under-16 squad for the upcoming UEFA Development Tournament.

The attacking two – who have played a vital role in the young Superblues’ 100 percent record in the Premier League this term – were with Tom O’Connor’s squad for two training days in the past week.

The squad will assemble in the capital on Wednesday 11 February. They face games against Austria on 15 February (12pm), Czech Republic on 16 February (4pm) and Denmark on 18 February (11am).

Should either player receive a call-up to the squad, we will notify you on LimerickFC.ie.