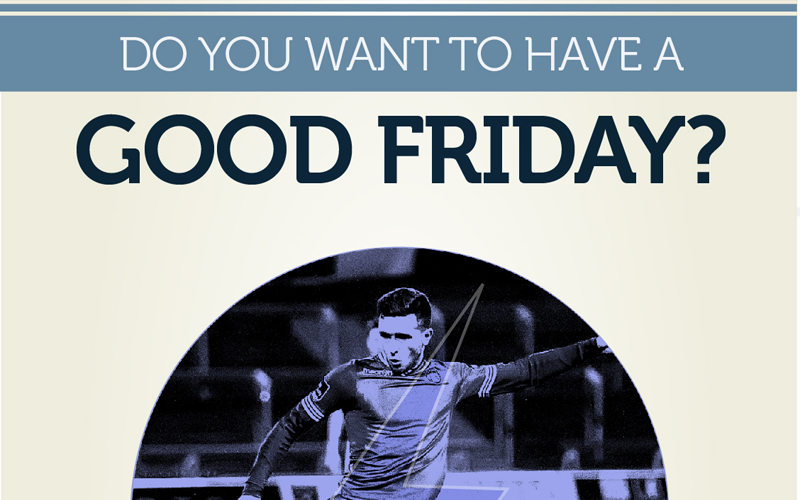 A review of our Matchday Plan for the visit of Athlone Town on Good Friday took place between Thomond Park Stadium and Limerick FC on Tuesday.

Following this, we wish to inform supporters of some changes to the evening’s entertainment.

During the Operational Meeting between both parties which takes place before each of our home games, it was agreed that the Dugout Bar will remain closed for the day.

With the game falling on Good Friday, a large crowd is expected which, following this review, we feel the Dugout Bar’s limited capacity will be unable to cater for.

Therefore, it has been decided that the bars and food stalls within Thomond Park Stadium will open at the earlier time of 6pm to facilitate supporters. The bar and food services will remain open until 7.30pm and re-open for half-time between 8.25pm and 8.45pm.

This also applies to Athlone Town supporters who can avail of the same facilities on the West Stand.

Match Tickets are available from our Official Club Store on Arthur’s Quay between 12pm-5pm this week as well as on Ticketmaster. Ticket booths at Thomond Park will open at 4pm on Friday.

The club advises early purchase of Match Tickets and early arrival to the Stadium to avoid delays.

Stuart Taylor’s side are looking to make it three wins on the bounce after two last weekend, including an excellent victory over Bohemians in Dublin. Come along and support the Superblues, on and off the pitch!

Under-12s must be accompanied by an Adult; maximum three kids per adult.