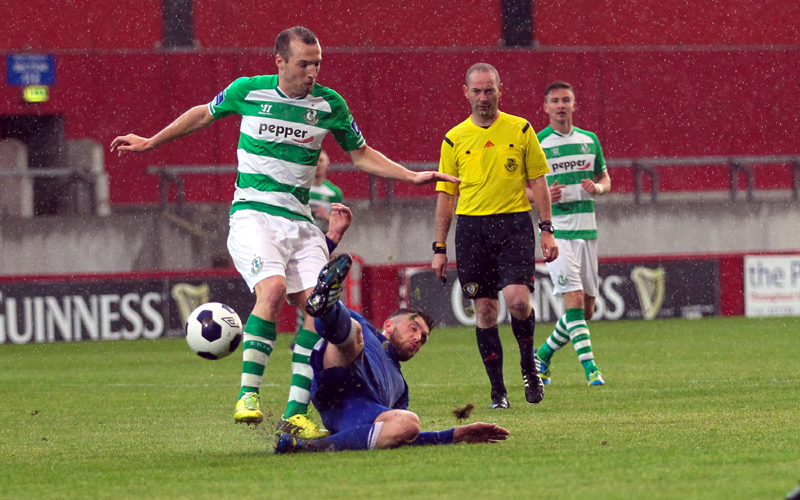 ELITE REFEREES TO LACE UP FOR BREAST CANCER IRELAND

Members of the FAI’s Elite Referees Panel will lace up and show their support for Breast Cancer Ireland in Friday night’s SSE Airtricity League games.

Officials at the six Premier Division games – including Limerick’s visit to Shamrock Rovers – and the second leg of the First Division Play-Off will wear pink laces in their boots as they take part in Breast Cancer Ireland’s #laceupforacure.

Irish football fans are being asked to show their support for the referees’ initiative by texting the word “CURE” to 50300 and making a €4 donation to Breast Cancer Ireland.

The referees decided to support Breast Cancer Ireland as a number of their colleagues, past and present, and their families and friends had been touched by breast cancer and other forms of cancer.

The Elite Referees Panel have already raised over €2,000 for Breast Cancer Ireland and previously supported the Irish Cancer Society by wearing their logo on their official match gear as a charitable initiative.

Donations of €4 can be made by texting “CURE” to 50300 and further information can be obtained by downloading the free app at www.breastcancerireland.com which was recently launched by Olympic Gold Medallist and former Ireland international footballer Katie Taylor.

Limerick FC also backs this, following on from our recent support for the Rainbow Laces campaign, which aims to kick homophobia out of football.