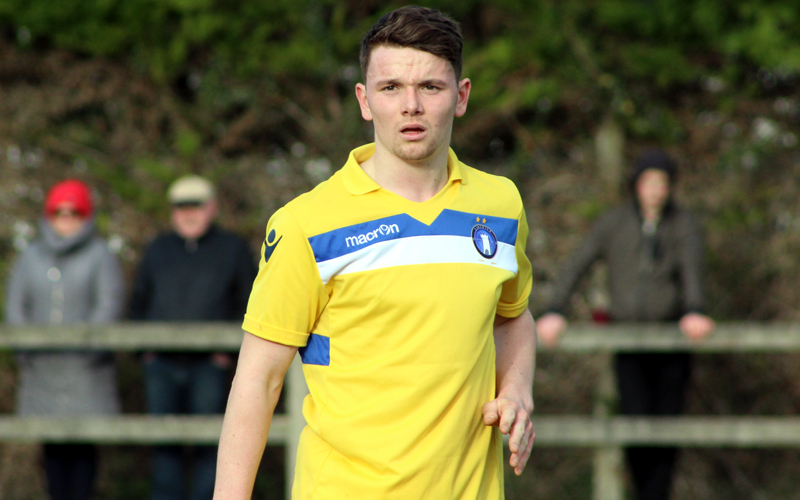 Ryan Goldsmith’s stunning extra-time strike helped Cobh Ramblers into the second round of the EA Sports Cup as they beat Limerick 3-2 at Saint Colman’s Park on Tuesday night.

In a lively opening, there were two goals in the opening quarter-hour. Cobh opened the scoring when Stephen Kenny’s delivery was glanced to the net by Ronan Stanton from close range.

Limerick replied through the in-form Dean Clarke who clinically finished to the bottom corner after getting in behind the home defence, to make it four in four competitive appearances.

In an even first half, neither side created clear-cut opportunities past that, with the only effort of notes coming from distance through Darragh Rainsford and Stanton who connected with an off-target Kenny shot.

Into the second half, there were chances at both ends early on, but the best fell the way of Limerick just shy of the hour mark. Firstly, captain for the night Paul O’Conor was denied by ‘keeper David Browne before Vinny Faherty flashed a shot wide.

Limerick could have won it late on but it took extra-time to separate the sides. Substitute Ryan Goldsmith supplied a wonder strike from distance before a third was added through a combination of Kenny and another sub Kynan Rocks.

That left Cobh in control but Limerick were back in it just before half-time as O’Conor blasted to the net from inside the box. But the hosts were rarely troubled after that as they progressed.

Manager Martin Russell handed starts to Tony Whitehead, Shane Costelloe, Val Feeney and Faherty in a changed lineup to that that lost the league opener at home to Bohemians on Saturday night. In the absence of Shane Duggan – who was on the bench – O’Conor skippered the team.

Limerick had an early chance through Faherty but Browne saved. Then Cobh broke the deadlock as Kenny’s right-wing cross was headed to the corner of the net by Stanton.

The Shannonsiders responded to that on 14 minutes when Clarke got in behind and finished coolly past Browne as he continued his good scoring form in cup competition for the club, making it four in three.

Midway through the half, Rainsford cut in from the left and curled an effort agonisingly past the top corner from the edge of the box. On 27 minutes, Ian Turner fired a 25-yard free-kick over.

On 33 minutes, Cobh went close after a good move which ended with Audi Dunlea feeding Kenny on the right of the box and his off-target shot was met by Stanton who drilled just over.

At the other end, Rainsford’s effort from distance was comfortably saved, as the sides went in level at the break. Early in the second half, the busy Kenny caused trouble down the right and his cross was just missed by Stanton in the centre.

Then Limerick created a chance through neat play as Turner crossed to Clarke in the box, he knocked the ball down to O’Conor but his 20-yard strike went over.

Kenny then saw his 25-yard free-kick from a central position saved by O’Donnell before Seán Harding’s low strike from similar distance was held by Browne.

On 58 minutes, Harding’s pass was deflected into the path of O’Conor in the box but he was denied by the feet of the ‘keeper. Then Faherty fired a strike agonisingly past the upright, in a spell which also saw Turner and Feeney have shots blocked.

On 73 minutes, Russell introduced Duggan and Ross Mann and straight away the latter had a shot blocked. Then Turner’s overhead kick from 12-yards was comfortable for Browne.

Four minutes from time, Turner’s cross from near the by-line on the right almost crept into the top corner but the ‘keeper pushed it behind. From that short corner, Duggan fired over.

Into extra-time the game went and on 95 minutes Cobh took the lead through a stunning strike from distance by Goldsmith, who found the top corner from all of 30-yards.

That lead was extended shortly after when a cross was missed by O’Donnell and Kenny fired goalwards with Rocks making sure on the line.

Limerick pulled one back in injury-time at the end of the opening 15 through O’Conor’s unstoppable finish from close in.

The second period was quiet but Cobh could have added a fourth; Eoghan Murphy denied well by O’Donnell and then Darren Murphy struck the post, as Limerick bowed out at the first hurdle.