Shane Duggan says “there is no point in showing up” if Limerick do not think they can earn a positive result from their clash with leaders Dundalk in the SSE Airtricity League Premier Division tonight, with the captain stating “you have to believe”.

The 29-year-old hometown midfielder was commenting in his notes in the Limerick FC Matchday Magazine for the fixture at the Markets Field (7.45pm) which is the first of two meetings within a week, as the Lilywhites will also make the trip south for next Friday’s Irish Daily Mail FAI Cup quarter-final tie.

“Dundalk are the best team in the country this season, with the football they’re playing, the squad they have – look at the players they have on the bench. It is going to be really tough, which we have seen already this season,” Duggan – who was not at the club when Limerick last defeated Dundalk in 2013 – says.

“But we have them at home here in the Markets Field, we have to give it our all and hopefully we can get something off them. You have to believe. If you don’t think you are going to get something there is no point in showing up – you might as well just give them the three points now.

“I definitely think going into any game if you’re positive and you play to the best you can, on your day you can take points off anybody. That’s what we’ll be looking to do.”

Limerick look certain to find themselves in the relegation playoff come the end of the season, but even if that is the case Duggy wants to ensure they enter that in good form.

He says: “The frustrating thing about losing to Sligo (in our last league game) is that we wanted a good result to have a positive vibe around the team. You don’t want to be going in every week after losing games and then all of a sudden you’re in a playoff and you need to win.

“You want to go into those games in a positive frame of mind. Hopefully, we can get good results between now and the end of the season to build momentum.”

The Limerick FC Matchday Magazine will be on sale inside the turnstiles tonight.

Tickets remain on sale through Eventmaster.ie until 6.30pm. Great-value Family Packages are only available online until that time. Gates and ticket booths outside the Stadium open at 6.45pm. 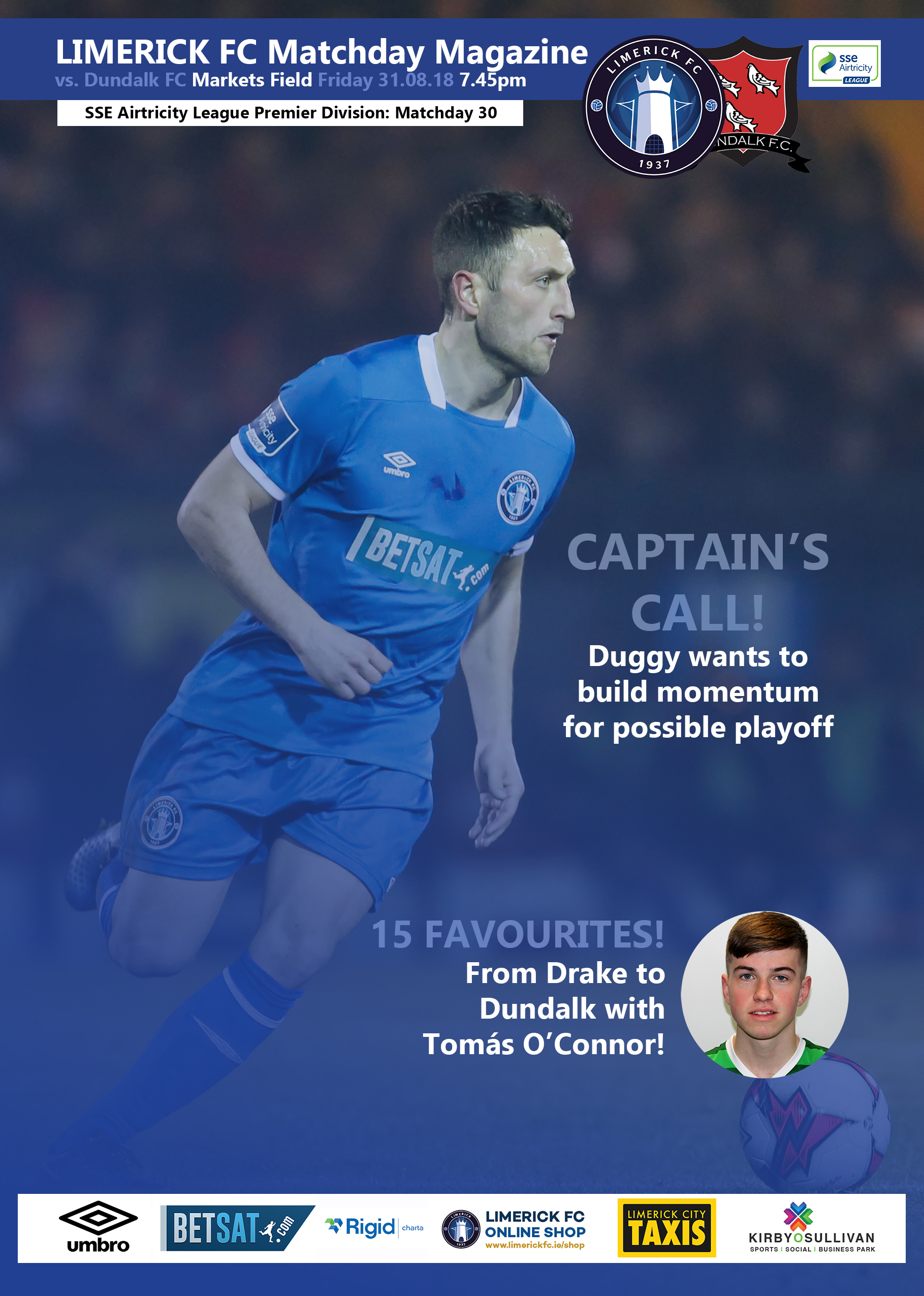