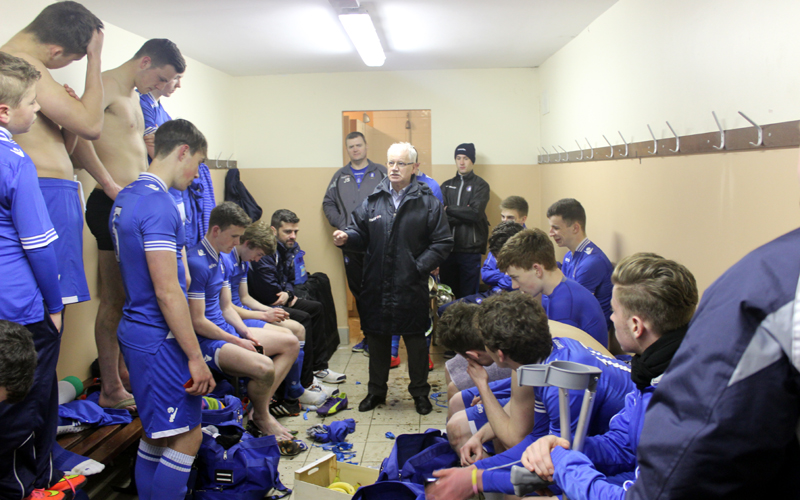 As a club we send our best wishes to our Under-19 team and management ahead of Sunday’s National League final against Cork City at the Markets Field.

It is a wonderful achievement for Tommy Barrett, his players and backroom staff to reach this stage of the competition and it further highlights the progress we are making within our underage structures.

It was a difficult start to the season but everybody involved backed each other and showed tremendous fighting spirit both in reaching the Champions Knockout Phase and then winning through adversity in Sligo in the quarter-finals.

Few gave us hope against reigning Champions Saint Patrick’s Athletic in the semi-finals but there is a real determination amongst this group, who put the fact that we were without our captain and vice-captain on the night behind them to battle to a memorable victory.

Tommy and his players have come a long way in such a short space of time. This squad has largely come together over the past two seasons and achieved so much in that period, from winning the Southern Elite Division last March to now reaching the final.

Credit, first and foremost, must go to everybody in the group. However, we must also pay tribute to very important contributors in the players’ development – their parents and their former clubs and coaches.

Parents make many sacrifices that are very often forgotten or taken for granted in ensuring that their sons have ways and means of succeeding at this level. The clubs and coaches have played a huge role in developing these players which has allowed them reach this national stage.

Indeed, the next stage of that development is Tommy and his staff’s objective, in trying to ready these players for first-team level. Over the past season we saw the emergence of Paudie O’Connor in the senior team and we hope to see many more make that impact in the future.

As we always say, silverware is a bonus for our underage teams and whatever the outcome on Sunday it has been another successful season for our Under-19s.

It is fitting that they will end their season in the Markets Field, a place of historical footballing memories in Limerick and one which allows them to dream big for the future. Best of luck lads!